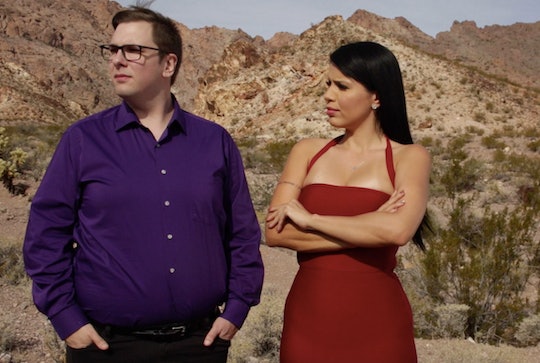 Larissa & Colt's Relationship Drama Is Back In The Spotlight

Colt and Larissa were one of the most talked about couples from the last season of 90 Day Fiancé, and now that they’re coming back for Season 4 of 90 Day Fiancé: Happily Ever After?, fans can’t wait to see how they’ve been faring. The couple’s marriage didn’t start out on the best note, which left many viewers wondering, did Larissa and Colt get a divorce after the show?

Unfortunately, their fiancé visa journey didn’t work out as planned, and the two recently finalized their divorce. When talking to E! News earlier this month, Colt’s attorney, Shawanna L. Johnson confirmed that their marriage was over. "Colt Johnson and Larissa dos Santos Lima have settled their divorce,” she said. “The motion has been taken off the calendar and an agreement has been reached. Lawyers are in the process of finalizing the written stipulation to sign and submit to the judge."

According to E! News, Colt filed for divorce back in January, right after Larissa was arrested for domestic battery. The report revealed that the criminal complaint filed against her stated that she "willfully and unlawfully” used “force or violence against or upon the person of her spouse" and that she was responsible for "striking" Colt "on the head." This was the second domestic battery arrest for Larissa — she was arrested last November — but those previous charges were dropped.

Since their divorce news broke, both Colt and Larissa have been pretty open about their relationship status on social media. As reported by People, the two also threw separate divorce parties at a Las Vegas nightclub, where they celebrated their split with the club’s female entertainers. Colt enjoyed his party as a single man, but Larissa took the opportunity to introduce the world to her her new boyfriend, Eric. In a Instagram Q&A for her fans, Larissa doted on her new man, saying that she was attracted to him because “he’s handsome,” has great taste in music, and because “he’s a good kisser.”

Colt took to Instagram to tell his fans about the divorce, and how hard he tried to make it work. In January, he posted a picture of moving boxes and captioned it with a list of all the things he did for Larissa when they first got engaged. “I don’t understand my soon to be ex wife,” he wrote. “She comes to America with literally nothing. The suitcases she used for travel I provided for her. On her arrival I already had clothes waiting for her to wear and everything she needed to start a basic life in America. Over the course of months I continued to provide for her, gave her shelter, food, and supported her wants and dreams.”

He went on to list all the things he did for her, and concluded the post by saying that his “sole mission since her arrival was to see that she was happy, taken care for, and nurtured,” and that “every time she was in trouble” he was there for her.

The two will be on 90 Day Fiancé: Happily Ever After?, and in the trailer for the new season, you can see that the show will cover the time leading up to their divorce.