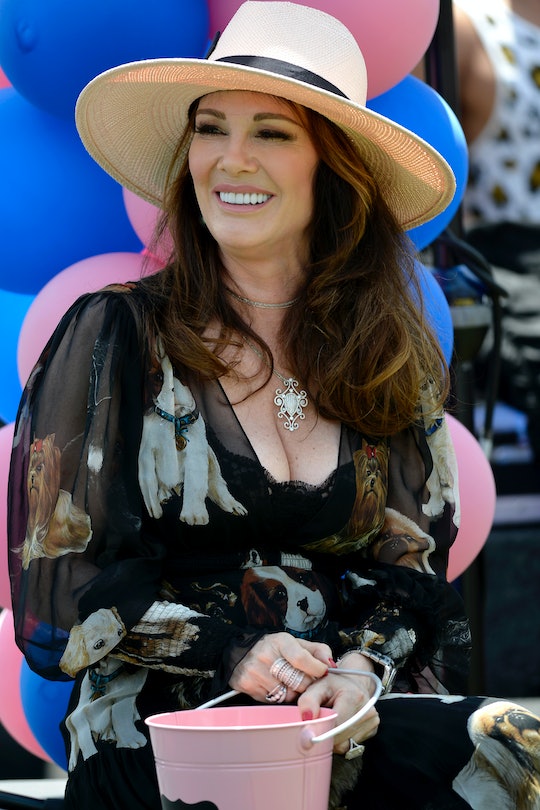 Everyone Is Wondering About Lisa Vanderpump's Future On 'RHOBH'

Lisa Vanderpump has not been having a great time on Season 9 of The Real Housewives of Beverly Hills. Whenever she's with the other women, the conversation seems to deteriorate into accusations and arguments. She's also still reeling from her brother's death, so she's not exactly in the mood to fight about text messages. On top of that, her longstanding friendship with Kyle Richards appears to be over. But is that enough to make Lisa Vanderpump quit RHOBH?

That's still up for debate, but Lisa hasn't quit yet. It's all rumors right now. And while it doesn't seem like she's been very happy, so far nothing has been confirmed one way or another. But it's possible that Lisa is considering a departure. In an appearance on the RHOBH after show, she discussed the difficult time she'd had throughout the season. When asked outright about the likelihood of her return, she only said, "It depends, I can't say." She didn't explain what the determining factors might be, but it could just be a question of how Lisa feels. She may still be making up her mind.

A lot had changed for Lisa since the show began. On the after show, she said that she hadn't even watched Season 9 because "it's no fun being the recipient of everybody ganging up on you." While she characterized Season 1 as "organic," she couldn't say the same about Season 9. "This season feels different," Lisa remarked. "I think that was because I was emotionally in a very different place than I have been for the last eight years."

When Season 9 started filming, Lisa had just lost her brother and was dealing with everything that entailed. That appears to have altered her priorities somewhat. On the after show, she explained that you'll always remember the people who were there for you during your most trying times. But, she added, "I think the people that maybe aren't there, you suddenly realize that you could possibly do without." Lisa hasn't felt very supported by the women on the show, as evidenced by all that arguing, so perhaps she might decide to do without RHOBH after all.

Kyle commented on the possibility of Lisa leaving while talking to E! News. She didn't have the inside scoop, unfortunately, but seemed content to continue with or without Lisa. She said she "would love to always do the show with Lisa," but if Lisa was done, then "the show must go on." There's definitely no danger of Kyle flying the coop, then. She's also not urging Lisa to stay. Instead, she's prepared for — and fine with — any outcome.

As of this moment, Lisa has not quit RHOBH. She may come back for Season 10 ready to defend rescue dogs and hash out her relationship with Kyle once and for all. But there is still a chance, however slim, that fans of the show might be looking at an upcoming season without any pink mansions filled with ponies. And that is a very sad thought.