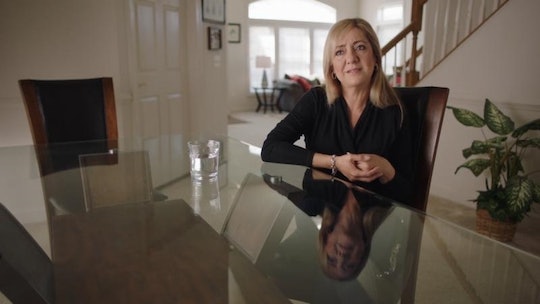 Here's What Happened To Lorena Bobbitt After Her Famous Trial

Jordan Peele's four-part Lorena Bobbitt documentary premiered last month at Sundance and now, Lorena hits Amazon Prime for the general viewing public. Co-executive produced by Joshua Rofé and Steven J. Berger, Lorena takes another look at the infamous case from the early '90s in which Lorena Bobbitt cut off her husband's penis. She alleged years of psychological, physical, and sexual abuse, which her husband denied. Those unfamiliar with the details of the case may be wondering if Lorena Bobbitt ever went to jail. According to the Washington Post, Bobbitt was acquitted on the grounds that she had acted on "irresistible impulse" due to her history of abuse — a type of insanity plea. But her husband, John Bobbitt, was acquitted on charges of abuse as well, per the New York Times.

The stark contrast in how Lorena and John were treated by the media is a huge part of the story which Lorena attempts to reevaluate in a post-#MeToo world. At the time, the idea of a scorned woman cutting off her husband's penis was little more than late-night comedy fodder; many did not take the idea of marital rape seriously or even believe it was possible. As far as the mainstream media was concerned, any abuse Lorena may have sustained at the hands of her husband became a footnote. The story was very much "unhinged woman chops off her husband's penis."

In 2019, there is a much more sophisticated vocabulary with which to unpack intimate partner violence, rape, and the host of mental health issues that abuse survivors face.

After the trial, Lorena went back to using her maiden name of Gallo and she continues to live in Virginia, according to Time, with her partner of 20 years and her daughter. She also volunteers at shelters for victims of domestic violence. Back in 1994, she was found not guilty on the charge of malicious wounding, a crime for which she could have faced up to 20 years in prison. Instead, Lorena spent 45 days in a psychiatric facility before being released.

Meanwhile, John, after being acquitted, was free to go. Unemployed, he started a band called The Severed Parts in an effort to raise money for his mounting legal and medical bills, according to his iMDB bio, but it went nowhere. He went on to star in two adult films using his attack and surgically reattached penis as a gimmick. In 1994, he was convicted of battery, according to the New York Times, and in 1999, he received probation for taking part in an act of theft. According to USA Today, John went on to be arrested three more times on battery charges involving his now ex-wife, Joanna Ferrell.

A common cultural observation made about John and Lorena in the time since their trials is how vastly different their lives have turned out. Personally, I believe it's pretty validating of Lorena's version of events; John has continued to exhibit a pattern of violent behavior while Lorena, finally free of John, went on to live a quiet suburban life, moving in with her mother and working at a beauty salon.

Audiences can make up their own minds after watching Lorena.