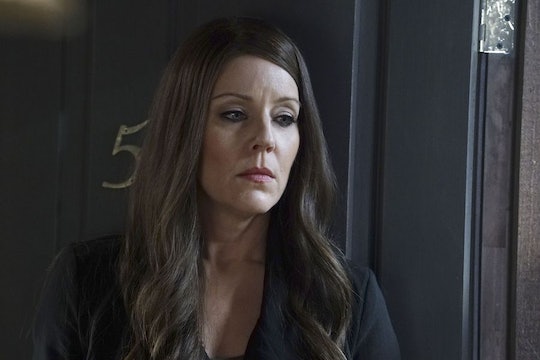 Did Mary Drake Kill Sara Harvey On 'Pretty Little Liars'? Anything Is Possible

No one was exactly disappointed to see Sara Harvey go on Pretty Little Liars considering she's spent the majority of her time on the show lying, lurking, and showering. She was never a character that could be trusted, but despite there being no love lost over her death it was still a surprise to see her killed off. Her ominous creeping around Rosewood seemed like it was leading up to something big so to see it cut short is certainly curious. The question of who killed her is just one more mystery among many on the show and there is really no shortage of suspects – including one other lady who has been doing her fair share of creeping. Did Mary Drake kill Sara Harvey?

If one thing is clear on Pretty Little Liars, it's that there's a lot viewers still don't know about what went on in that five year gap. For example, before "Wanted: Dead or Alive," would anyone have guessed that Jenna was in cahoots with Dr. Elliot Archer Rollins Dunhill? Though Mary claims she had never gotten a chance to meet Charlotte, Charlotte was using Mary's last name when she was going by CeCe Drake. It's possible that Mary knows more than she's sharing and she may have some connection to Sara Harvey that no one knows about yet. After all, Sara was Mary's daughter's second in command.

The only problem with theorizing on Pretty Little Liars is that so much remains unknown. Using just the information revealed so far, there doesn't seem to be much of a connection at all between Sara Harvey and Mary Drake. It seems like Sara might have been killed for trying to skip town (or for getting too close to revealing secrets to Emily) and it's implied that she is trying to expose Charlotte's killer, along with Jenna (and, maybe, A.D.). If that is true, then why would Mary kill her? Presumably she's also out to discover who killed her child, so she and Sara would have been on the same team.

For Mary to have been the one who killed Sara, there has to be some secret the audience doesn't know yet. Sara's motives have been unclear from minute one, so perhaps she wasn't actually as Team CeCe as she claimed. If Sara is the one who killed Charlotte, then perhaps Mary found out about it and took Sara out as revenge.

Despite the lack of evidence, Mary shouldn't be crossed off the suspect list just yet. That woman is up to something and it isn't something good.