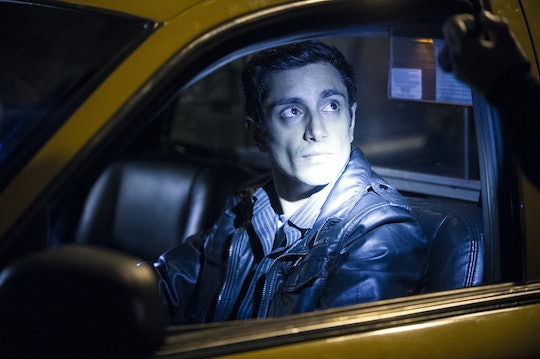 Did Naz Kill Andrea On 'The Night Of'? The Murder Mystery Is Off To A Gripping Start

HBO has been in a pretty dire dramatic slump of late, with the exception of standby fix Game of Thrones, but here to relieve us, at least temporarily, is its new miniseries The Night Of. The eight-part event is an adaptation of the BBC series Criminal Justice, but with a distinctly American twist — the seemingly innocent protagonist is a young Pakistani-American college student named Naz who stands wrongfully accused (or so we're supposed to think). On the night Naz meets a mysterious woman named Andrea — she winds up dead. So did Naz kill Andrea on The Night Of? Here's what we know.

Andrea is the quintessential manic pixie dream girl: very beautiful, enigmatic, rich but lonely, carries an impressive drug stash on her, and takes up interest in seemingly dweeby boys. Naz is a do-gooder bordering on uptight, living in a strict immigrant household with devout Muslim parents. When he gets a chance to go to a ~cool party~ with some of his college's basketball team, but his ride falls through, he sneaks off with his dad's taxi cab to make the drive from Queens, where he lives, to downtown Manhattan. Except Naz can't figure out how to turn his off-duty light on, so he winds up with Andrea in his backseat. She's clearly troubled, but he's so drawn to her that he just does what she says. They end up back at her uber-swank Upper East Side townhouse, where she lives alone, and she cajoles him into doing a bunch of tequila shots and various illicit substances.

Eventually, they sort of sweetly hook up, after a gruesome game of five finger roulette, in which Naz accidentally stabs Andrea's hand. (She's so high that she can't really feel it.) The next thing we know, Naz wakes up in the kitchen next to a glass of water, and when he stumbles back upstairs, he finds Andrea covered in blood and with several stab wounds. He bolts the scene in a panic, taking the knife with him (REALLY, BRO?), but is eventually caught by the police.

So, clearly, there's a mountain of damning evidence against him: he slept with Andrea so their DNA is all over each other; multiple witnesses saw him enter the house with her; he has her claw marks all over his back from the hook up, which potentially read as defensive wounds; she has a stab wound in her hand, which he definitely did inflict; and he fled the scene with a possible murder weapon.

But, there are also some pieces that don't fit. For example, the murder scene is bloody. Like, really bloody. It seems unlikely for Naz to have escaped that struggle so clean if he did do it. Plus, the way the series sets Naz up as a doe-eyed, naive kid, we're clearly supposed to think he's innocent and simply falling victim to a messed up justice system that unfairly targets brown folks. (The Serial Season 1 parallels are astounding.) And in the first episode alone, there are already tons of bumbling police errors regarding evidence chain of custody and witness handling.

For now, my money's on Naz's innocence, but as we've seen in the recent spate of gripping murder mysteries that have taken binge-watchers (and listeners) by storm, the answer to whether or not the accused did it is usually up to us to decide in the end.