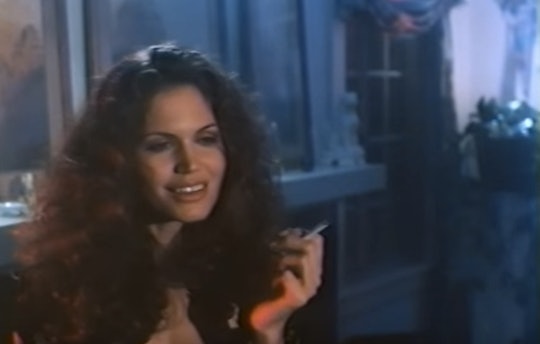 Did Paula Barbieri Think OJ Simpson Was Guilty? She's Made Peace With The Case

The People v. O.J. Simpson: American Crime Story has renewed interest in the "Trial of the Century," with Cuba Gooding Jr. reenacting the famous Bronco chase scene and John Travolta giving a kind-of-frightening portrayal of Robert Shapiro. But, aside from the moments many people remember or have heard of, the show is also digging up everyone Simpson was involved with prior to the murder of his ex-wife, Nicole Brown Simpson, and her friend, Ronald Goldman. For example, the show references Paula Barbieri, an actress and model, who was the last woman Simpson dated before Brown Simpson was murdered. Did Paula Barbieri think Simpson was guilty? Barbieri reportedly left a voicemail for Simpson on the night of the murders and was shocked the next day when she found out that he had been arrested for allegedly murdering his ex-wife, whom he had divorced earlier that year. (Simpson was later acquitted of the murders.)

According to CNN, the prosecution submitted videotaped testimony from Barbieri saying that she had called Simpson on the day of the murders, June 12, 1994, to break up with him. Barbieri said that she and Simpson had broken up once before when they dated in 1993. In 1994, she said the breakup didn't result from an argument or any threat of violence from Simpson toward her. Further, she said that Simpson left her three phone messages after she left the breakup message, which led her to believe he had received her message, according to CNN. Simpson said he didn't receive her message, and Barbieri later told the defense, on the stand, that she couldn't be certain he had received the message.

Years later, Barbieri appeared on Larry King Live and CNN & Company to promote her new book, The Other Woman: My Years With O.J. Simpson, according to Living Light News. She said she had become a born-again Christian and that she had replaced Simpson in her life with God:

A lot of people would say, 'Oh great, she's found God,' but I don't want to sound like I'm thumping on a Bible. I think what I did, rather than replace O.J. for my father, I replaced him for God. I was looking to (O.J.) for happiness and the only place you can find that is deeply in prayer and in the Bible.

She said that she continued to visit Simpson in prison because she felt like he needed her, according to Living Light:

I listened to my heart, not my head.

And, when Larry King asked her about whether she thinks Simpson is guilty or innocent, she said she's no longer certain of his innocence, but she's not certain of his guilt either:

I'm choosing not to look further into making a decision one way or another, and I ask people's forgiveness on that.

Now, Barbieri, who's 49, lives with her husband, Judge Michael Overstreet, in Florida, according to Daily Mail. (Side note: Overstreet happens to be one of 24 Florida judges honored by the Florida Coalition Against Domestic Violence for his commitment to eliminating domestic violence.) Her neighbors reportedly said that no one talks to her about Simpson and that many people actually don't even know that she was involved with him at all, according to Daily Mail. She just takes care of her 12-year-old daughter and keeps to herself.

Aside from her comments to King and the book she wrote about her relationship with Simpson (where she doesn't talk about whether she believes he was guilty), Barbieri has remained quiet on the subject, and that's totally her prerogative.