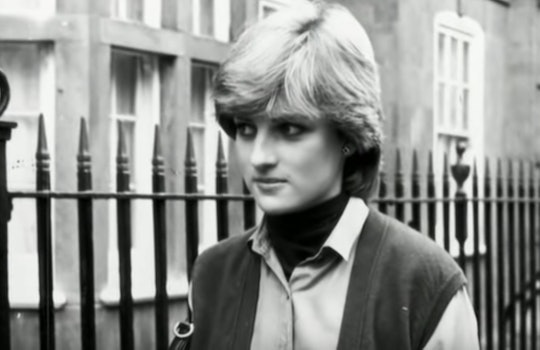 Princess Diana's life was cut short 22 years ago this weekend after she died in a fatal car accident. But in the years since, people have gotten to know more about the "people's princess" and what she was like in her every day life. As people think back on her life, it's only natural for people to wonder — did Princess Diana live at Kensington Palace? As it turns out, the current home of Prince William and his family once housed his mother, too.

Kensington Palace is perhaps most famous for being the current home of Prince William and Kate Middleton and their three children. Or, some people might know it as the former home of Prince Harry and Meghan Markle (where they lived before they welcomed their son this spring). But people might not know that the expansive palace was once the long time time home of Princess Diana and the childhood home of her two boys. The massive home, which has been in the royal family since 1698, has been the favorite residence for many people in the royal family throughout history, according to the Royal Family. The residence is divided into apartments (which are not like your average apartment in the United States), and is where Princess Diana lived with her family from 1981 until her death in 1997, according to PopSugar.

Princess Diana lived in Apartments 8 and 9 in Kensington Palace, which came equipped with three floors and many rooms for her to make herself at home in.

Diana was able to help make the rooms feel like her own with the help of an interior designer, according to PopSugar, who worked with her to bring life and color into the massive apartment. During her time living in Kensington Palace, she "developed an inimitable connection" to her home, according to Hello! which is why she chose to stay there for so long. It didn't hurt that her sons also went to school in a nearby neighborhood, either.

But you can't blame her for wanting to stay in her home in Kensington Palace — she watched her sons grow up there, and she worked hard to make the apartments her home, according to Hello! The apartments were filled with personal photos and fresh flowers, which was very important to her. When Princess Diana and Prince Charles divorced, she was able to continue to live in Kensington Palace long after her divorce, according to Vogue. When the couple split, Prince Charles moved out of the apartment and into a residence at the Clarence House, where he still lives to this day, according to Love Property.

Princess Diana also got to move her offices from St. James's Palace to Kensington Palace after the divorce, according to Reader's Digest, so she had an added bonus of not having to travel too far to go to work.

Clearly, her home in Kensington Palace meant a lot to her. And this is one of the reasons why people flock to Kensington Palace every year on the anniversary of her death, according to Evening Standard. Year after year people place photos, letters, and flowers along the gate of Kensington Palace to pay tribute to the late princess.

It's only fitting that these tributes are put outside of the one place that she was able to call home for so long.