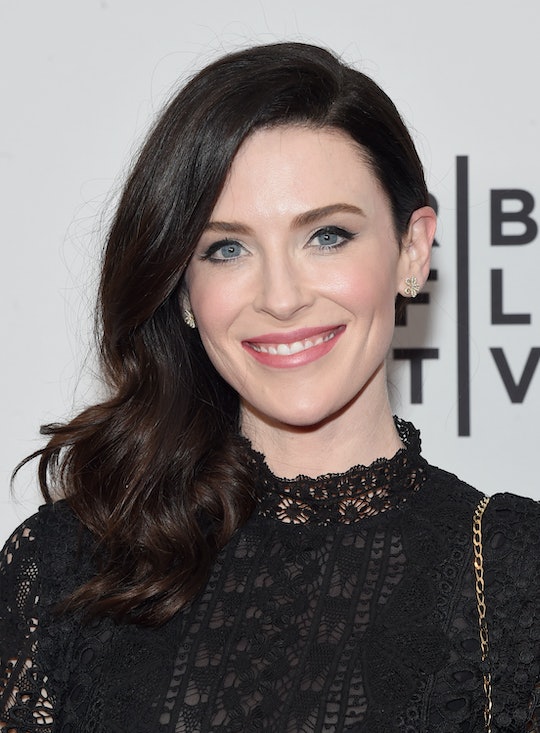 Rose Is Up To No Good Again On 'Jane The Virgin'

As many fans guessed, Rose — or rather, Rose's new disguise — was the face the police artist drew of the mystery woman Chuck saw on the night Scott was murdered. So did Rose kill Scott on Jane the Virgin? It wouldn't be all that surprising if she was guilty. I mean, she is Sin Rostro after all and has killed many, many times before. She's always been the villain on the show, though Luisa has never really seen her that way. She killed Luisa's dad and she was responsible for the gun shot wound that ultimately ended Michael's life. Therefore, in hindsight, fans should've suspected her from the very beginning of this whole Scott ordeal. However, that doesn't necessarily mean Rose is the guilty party in this particular instance.

Yes, the person Chuck saw that night looked exactly like Rose, but Rose was wearing a mask as her latest disguise, which she only seems to wear out in public. She even took off the mask the last time she and Luisa visited the Marbella because she was hot. Therefore it seems totally plausible that Rose took off her mask at some point and someone else used it the night Scott was killed, which would mean the case is back to square one because anyone could've been wearing that mask.

Then again, maybe not. Maybe Rose really did kill Scott. It would explain why she was so suspicious of Rafael and why she wanted to spend as little time as possible in the Marbella. During "Chapter Sixty-Three," Rose even went so far as to time Luisa's phone call with Rafael because she suspected he was having the phone call traced (he was). Could it be possible Rose was going through all that trouble not because of her past crimes but because of a more recent one?

Even though Rose promised Luisa she was really done with her criminal ways, that doesn't mean she was telling the truth. Still, why would Rose kill Scott? Other than the fact that he was annoying, what motive would Rose have to kill him? She was supposed to be living her happy new life with Luisa, which had nothing to do with Scott.

The only possible explanation is perhaps Scott figured out that Luisa's "new" girlfriend was really Rose in disguise. Scott was a nosy busybody after all. In order to keep her secret safe, Rose would certainly have killed Scott, but she swore up and down to Luisa that she didn't — so what is the truth?

Hopefully fans will finally find out who really killed Scott during the season finale of Jane the Virgin, which airs Monday, May 22 at 9 p.m. ET on The CW.