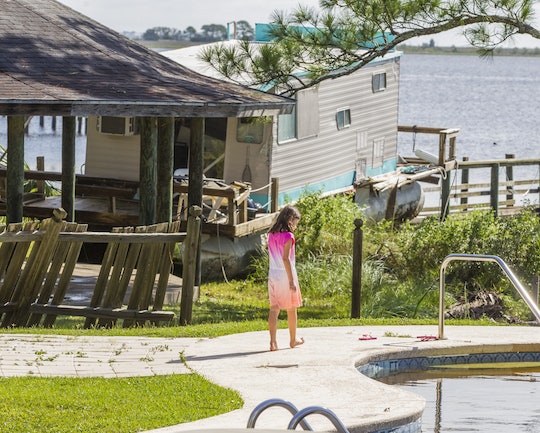 Did The Hurricane Kill Zika Mosquitoes? Probably, But There's Bad News, Too

You've really got to feel for Florida right now. Once the U.S. capital of weird news, the Sunshine State is now host to one natural disaster after another. But is it possible that one cancelled out the other? Did Hurricane Hermine kill any Zika mosquitoes? While nobody's performing a bug census, we can assume that the storm did, indeed, batter a fair amount of those little jerks... But it still might not have done much good.

Dr. Ben Beard of the Centers for Disease Control and Prevention told AccuWeather that flooding tends to wash away mosquito larvae and that high winds can kill adult mosquitoes, because they're such weak fliers. That's all well and good, but obviously, Hermine didn't take care of all of the mosquitoes in Florida. And of course, there's the matter of the eggs.

The CDC has a fascinating guide to the life cycle of Aedes aegypti (complete with gnarly pictures). First, the eggs are laid on the walls of a wet container. Larvae hatch when the container fills with water, and the eggs get soaked. The larvae then feed on microorganisms as they grow, and metamorphosis occurs. Finally, adults emerge from the pupae to feed on unsuspecting Floridians. The whole process takes about 8-10 days. Here's the worst part, though: Even if Florida could dry out completely, the eggs "can withstand desiccation for several months," so as soon as they get wet again, the monsters emerge. For visual learners, here's an illustration:

And what does a hurricane bring? That's right, water. According to the National Institutes of Health, "Natural disasters, such as hurricanes and floods, are frequently followed by a proliferation of mosquitoes." Usually, this is just a minor annoyance, but in an area that's already experiencing a mosquito-transmitted disease epidemic, that's a big problem. For example, 1975's Red River Flood led to a western equine encephalitis outbreak that killed 26 people.

And Zika-carrying mosquitoes are most certainly already in the area. Florida Department of Agriculture and Consumer Services officials confirmed to CNN that they had identified Zika virus in three mosquitoes captured in Miami Beach last week. Florida now has over 600 cases of Zika, 57 of which were locally acquired, and 80 occurring in pregnant women. Florida Department of Health spokesman Craig Ackerman told the Ocala Star-Banner that he's expecting "a bumper crop of mosquitoes" in the weeks following Hermine, and residents are urged to empty all standing water, in areas such as "garbage can lids, bottle caps, tarps, flower pots and bird baths." The Department of Health, meanwhile, is doing its part to eliminate Aedes aegypti and Aedes albopictus with a combination of pesticide spray, larvicide briquettes, and Gambusia fish, which eat the larvae.

Thanks for nothing, Hermine.