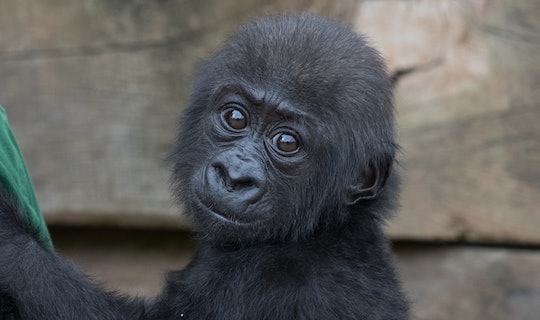 Did The Jinhua Zoo Really Name Its New Baby Gorilla Harambe McHarambeface? Of Course Not

First of all, come on, Harambe McHarambeface? Really? Yes, the name is a play on the R.R.S. Boaty McBoatface, the polar research ship that Britain's Natural Environment Research Council foolishly invited the public to name. But Boaty McBoatface is funny. That's why it got so many votes. Harambe McHarambeface, in contrast, is a crass, vulgar derivative of the original joke. Certainly there's at least one person out there who thinks it's funny, but fortunately, the lowest common denominator couldn't possibly account for 93 percent of voters. Or, to put it more simply, most people aren't garbage people.

But let's say you come across a Facebook hoax that's a little more believable. Your friend shares something that, while not obviously fake on its face, bears a pretty outrageous headline. Is your instinct to immediately hit "Share"? Stop that! Click through and read the source material! The headline of the Mirror article about this very subject reads "Gorilla 'named Harambe McHarambeface after zoo's public vote'" but later concedes that it may not be true. If you check the source, it leads back to a website for the "Boston Leader," a newspaper that does not exist. I could understand out-of-towners not knowing what Boston's paper of record is (that would be The Boston Globe) but the site, which I won't link, features an amateurish design, dead and missing links, and, oh, would you look at that, spammy ads for other fake news articles.

Need more proof? The site didn't exist until four days ago, which is odd for a paper claiming to go back to 1932, isn't it?

Finally, if the story and the website both seem legitimate, but something's still irking you, do your own research. Google, Google, and Google some more. Try the advanced tools. These "Boston Leader" clowns probably chose the Jinhua Zoo as their setting because nobody's ever heard of it. There's barely any web presence, but if you search hard enough, you'll find the Jinhua Zoo's website, and if you're browsing with Chrome, you can use its built-in translation feature to discover that the Jinhua Zoo is so rinky-dink, it use as counterfeit Disney font for its logo. Its main draw is carnival rides and a few birds. It forces its animals to perform and boasts a liger, two things no reputable zoo would ever do. Nobody's giving this place a gorilla.

So next time you see a crazy story on social media, take a minute or two to do your research. Don't broadcast your gullibility all over the internet.