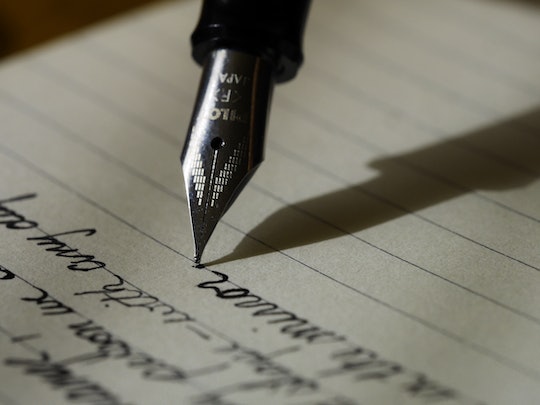 Did The JonBenet Ransom Note Handwriting Match Patsy Ramsey's? It Was Never Proven

Theories about the death of JonBenét Ramsey often fixate on one specific piece of evidence or a minute detail in attempts to find some resolution to such an awful crime. One of these pieces of evidence is the ransom note that JonBenét's parents found upon her initial disappearance. Did the JonBenét ransom note handwriting match Patsy Ramsey's handwriting? Longtime Ramsey reporter Paula Woodward stresses in A&E's Killing of JonBenét: The Truth Uncovered that "no handwriting expert has ever concluded that Patsy wrote the [ransom] notes."

In 1996, the 6-year-old beauty queen was found dead in her family's home. Ruled an asphyxiation by strangulation, no suspect was ever found guilty of the crime. The Ramsey family was cleared in 2008 due to DNA tests that failed to link any family member to a found drop of blood.

The ransom note that Patsy reported finding was two and a half pages long and was written on paper from a notebook from the Ramsey's home. Addressed to "Mr. Ramsey," it demanded $118,000 and warned that if Patsy and her husband John speak of their situation to anyone would result in the death of JonBenét. Patsy called the police upon discovering the ransom note, and JonBenét was found dead in the family's basement later that day. Patsy passed away of ovarian cancer in 2006.

Patsy claimed that upon finding the note, she "couldn't read the whole thing." In a 1997 interview with CNN, she describes reading a few sentences, running upstairs to look for JonBenét, and then calling for John when she could not find her daughter. When John read the note, he remembered: "I told Patsy, call the police immediately."

Both Patsy and John went underwent handwriting tests while the case was under investigation. Whereas John's handwriting tested negative, Patsy's was "inconclusive," causing investigators to seek out other samples from Patsy. At the time, District Attorney Mary Lacy affirmed that "she did not consider anyone in Ramsey’s immediate family to be under any suspicion in the commission of the crime."

For his part, in a statement to Romper, Ramsey family attorney L. Lin Wood dismissed any rumors that either Patsy or John had been involved in JonBenét's death, writing,

Regardless, in 2015 Mark Beckner, the former Boulder, Colorado police chief recalled that "the handwriting experts noted several strange observations" in analyzing Patsy, though none of those observations were ever conclusive. Journalists believed to have recognized similarities between Patsy's handwriting samples and the handwriting of the ransom note writer, but no experts ever confirmed this overlap. If there is a potential key piece that solves this decades-long mystery, handwriting is likely not be the most reliable form of proof.