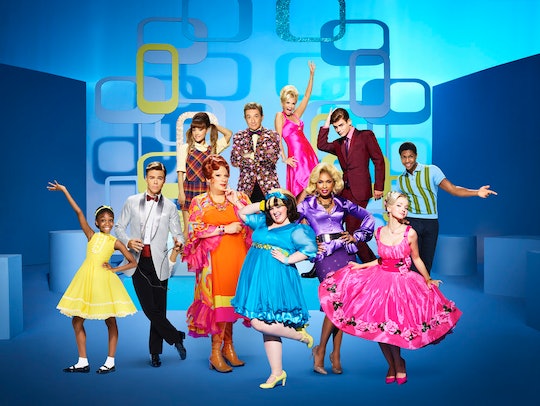 Did The Sound Go Out On ‘Hairspray Live!’? Fans Missed Some Lyrics

Hairspray Live! was off to a bit of a rocky start when viewers couldn't hear some of Tracy's lyrics during "Good Morning Baltimore." So did the sound go out on Hairspray Live!? Unfortunately, we don't know just yet if that was the case, but hopefully it won't happen again. The musical started off with the popular song and fans were already singing and dancing along with the opening number. Although Maddie Baillio sounded spectacular in her first number, there were a few points during the song where her voice couldn't be heard, making fans worry she either missed lyrics or something was wrong with the sound.

This was particularly unfortunate for Baillio who actually missed a few lyrics in this same song when she auditioned for the role, according to International Business Times. However, most people believe the missing lyrics had nothing to do with Baillio and that it was just a problem with the broadcast's audio. Thankfully the problem seems to be resolved since the next few songs went over very smoothly and without issue.

Despite not being able to hear Baillio completely during the first number, fans were still loving her performance so far and took to Twitter to compliment the actress on her amazing vocals and dancing. This is Baillio's first big time role. The 20-year-old actress was doing college theater when she heard about the opening casting call for the role. When Baillio got the announcement that she'd been cast, she had just finished her sophomore year of college.

It's clear now why Baillio got the role. She's an amazing Tracy Turnblad, but that hasn't stopped fans from comparing her to Nikki Blonsky, who filled the role in the 2007 movie version of the musical. Despite the comparisons, Baillio is definitely holding her own and fans will definitely be talking about her for weeks to come. In fact, this may not be the last we see of her. Landing this role will be a big stepping stone for Baillio and may help her reach her dreams of being on Broadway.

If you didn't catch Hairspray Live! make sure to watch it once it's available on Hulu. Besides Baillio, the musical includes the amazing talents of Ariana Grande, Dove Cameron, Kristin Chenoweth, Jennifer Hudson, and so many others. It's definitely not a show you want to miss and is sure to be the talk of the office tomorrow. You don't want to be left out.