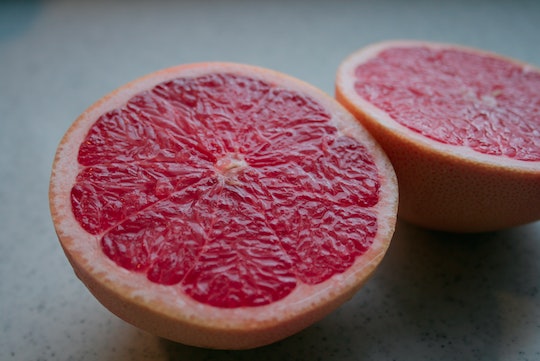 Every decade has its advances (and occasional regressions) in terms of nutritional understanding. It's pretty common for a new diet to be heralded as the end-all, be-all of nourishment one day, and then debunked as rubbish within a year or two. Although these dietary fads may seem like a modern phenomenon, they have a long history. For instance, the dieting advice women were given in the '50s will make you crave all the junk food in protest. Whether women at the time followed this advice closely, or just rolled their eyes at the suggestions, is difficult to determine. But some of it is pretty wild.

A quick caveat: it's important to note that, on average, the diet of the 1950s had many good qualities. As explained in Health Day, portions were generally smaller in the 1950s. According to the Huffington Post, the typical restaurant meal is now four times the size of its '50s counterpart. So although it may be easy to look back and laugh at these wacky diet trends, people in the '50s tended to have portion controls on lockdown, which is admirable.

Now on to the diets. First up: the sugar diet, in which women were encouraged to replace fresh produce with regular cane sugar for quick energy. OK, so maybe this example says more about advertising than legitimate dietary advice. But in the 1950s, sugar was touted as a dietary aid, as explained by Buzzfeed, and it was straight-up called the Domino Sugar Diet. In fact, one of the vintage ads on Buzzfeed presents a 75 calorie grapefruit as more "fattening" than 54 calories' worth of sugar. The ad copy uses such bonkers logic that it's kind of impressive.

Next, on the other side of the spectrum was the cabbage soup diet. At face value it does not sound that bad: it's based on a vegetable, after all. But as explained in Health, the 1950s cabbage soup diet involved eating cabbage soup every day, and limiting your other food intake. Even the biggest cabbage fan on the planet would likely find this diet difficult to stomach for very long.

Lastly, consider the 10-Day Miracle Diet, which was a weight loss book advertised in the February 1950 edition of Woman's Day, according to Click Americana. According to the ad, this diet promoted weight loss by eating choice foods to help "burn MORE ENERGY and store LESS FAT." In many ways this eating regime feels like it would not be out of place among many present-day diets. But unless someone can unearth a copy of this book on eBay, its essential weight-loss secrets may be lost to time. (Was the secret eating a lot of SPAM? I hope so.)