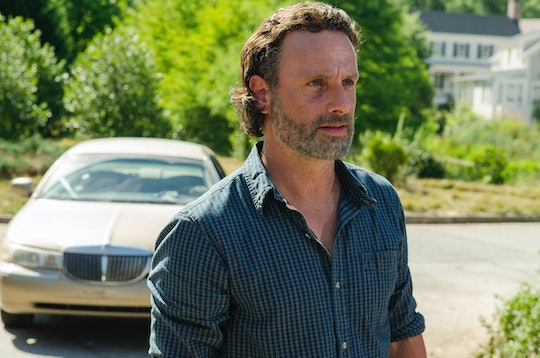 The Walking Dead tends to stay fairly true to the ongoing comic series that inspired it, but not everything is the same in both versions of the series. The show jumbles events and reassigns storylines, skips major moments and revisits forgotten characters at unexpected times. The timeline doesn't quite move at the same pace, either, and some characters that met a fatal end in one medium are still happily (or not so happily) trudging along in the other. The differences between The Walking Dead TV show and the comics prove that the show likes to keep its viewers in suspense. It can't be predictable (because what fun would that be?), so some details have to change.

Some of the biggest changes are common knowledge by now: despite the fact that Daryl Dixon is arguably the most popular character on the show (or at least his fanbase is the most dedicated), he doesn't exist in the comics. And he's not the only one — the show is populated with more than a few characters who have no comic counterpart. The comics also tend to be darker and even more violent and unforgiving than the show, which has been criticized for erring into torture porn before. Whatever the reasons behind the changes — fan response, certain things not playing as well onscreen as they do on the page — they keep fans guessing. For example...

Those With No Comic Counterpart

Daryl is perhaps the most notable addition because of the impact his character has had, but there are many other characters who were created just for the show. Daryl's brother Merle is one; T-Dog, Sasha, and Tara are three more. Beth was also created just for the show as well; though Hershel had other children besides Maggie, none were named Beth or were as important to the story as she briefly became.

There are some characters who exist in the comics but in a totally different capacity. Ultimate badass Carol remained a meek woman in the comics who couldn't quite adjust to the new zombie world and took her own life, though not before starting a romance with Tyreese that ended badly (he cheated with Michonne) and trying to tempt Rick and Lori into polyamory. And speaking of Tyreese, he's different in the comics too; instead of the lost and traumatized character he was on the show, Tyreese was Rick's right hand man and a real asset to the crew. Shane also had a much larger role on the show than he did in the comics, where he was dispatched rather quickly and didn't have such a long-term affair with Lori.

Those Who Escaped Death

Judith escaped death on the show, but Sophia escaped death in the comics. Judith was killed alongside Lori in the comics, but not during childbirth; they both perished from gunshot wounds while fleeing the prison during an attack. Sophia, meanwhile, outlives her mother in the comics and goes on to be adopted by Maggie and Glenn. (In a way, Enid has taken her place in the show.) Andrea is another character who is still alive in the comics, even though her life ended long ago onscreen.

Alexandria's former leader, Deanna Monroe, was actually Douglas Monroe in the comics, though Douglas wasn't quite as sympathetic as Deanna proved to be. And little girls Mika and Lizzie were actually twin boys Billy and Ben, though the same murderous intent was there in both. However, in the comics tiny Carl takes out the serial killer sibling instead of Carol doing the job.

The Governor and his antics is an instance of things being somewhat more toned down on the show, though he still performed his fair share of cruelties. In the comics, not only does the Governor cut off Rick's hand, but he targets Michonne in particular when she's taken hostage alongside Rick and Glenn. The Governor tortures and rapes Michonne over and over until she is eventually able to break free and take revenge, which she does in the bloodiest way possible. Michonne mutilates the Governor by taking out his eye, cutting off his arm, and castrating him. She only lets him live so that she can continue the torture at a later date.

While on the topic: the loss of Rick's hand is a huge moment from the comics that hasn't made it to the small screen yet, and might not ever. It's a big obstacle for Comics Rick and it shows that he's not safe just because he's the protagonist. However, Show Rick's shooting hand has indeed been safe so far.

Terminus doesn't exist in the comics, though there is a group of cannibals called the Hunters. The Hunters didn't have a smoothly run operation like Terminus, though they did slice and dice Dale's leg much in the way they did poor Bob's on the show.

If anything, it seems like there are more hookups in the comics than there are on the show, where the characters are usually more concerned with not dying than letting themselves form lasting relationships. Andrea doesn't get together with the Governor in the comics, but she does get involved with Dale and later Rick, who she's still with. Show Michonne has taken over Andrea's place to some extent, including her relationship with Rick; in the comics, Michonne doesn't date him, but she does get involved with Tyreese, Morgan, and King Ezekiel. Carl and Sophia also have a little bit of a tween romance instead of Carl and Enid. And once Aaron's boyfriend meets an unfortunate end, he and Jesus start a possible flirtation.

Despite how much the comics and the show have in common, in many ways they're still worlds apart. So while the comics can be counted on to provide a little bit of guidance for the direction of the show, they can't be totally relied upon. There are as many differences as there are similarities.