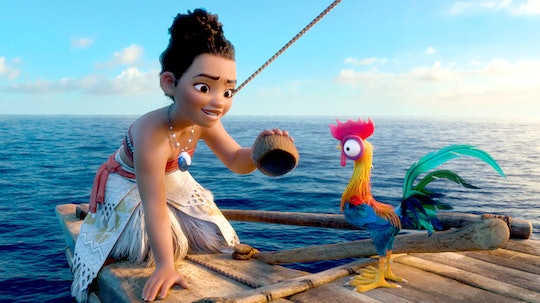 Psst! You Can Lock Down A Disney+ Subscription For Just $4 A Month — Here's How

In just a few short months, Disney's highly anticipated new streaming service will officially be up and running. Adding the cost of another subscription into the mix, though, may be a deterrent for some families, but Disney+ is offering a discount for a limited time that could save you some money in the long run and a few headaches when you're tallying up your monthly expenses.

Disney+ will launch in the United States, Canada, and the Netherlands on Nov. 12, according to the Los Angeles Times. And before that exciting day arrives, the company is offering subscribers a pretty sweet discounted rate, though, with most things, there are a couple catches.

From now until Monday, Sept. 2, you can lock down a Disney+ subscription for what breaks down to about $4, according to Business Insider. To secure this discount, you'll need to become a member of D23, the "official Disney fan club," if you aren't already. And while there are two levels of membership that come with a price tag, you can join for free with D23's general membership option. You'll just need to provide basic details like your name, birthday, and email.

If you want to lock down this discounted rate, you'll need to make sure you have an active D23 membership by Sunday, Sept. 1, so you might just want to sign up for the fan club and offer now.

Paying $4 a month for all of the content Disney+ is expected to offer its subscribers is actually kind of a steal. The streaming service will have loads of kid-friendly Disney classics like Moana, The Incredibles, The Lion King, The Little Mermaid, and Toy Story. And don't worry parents, there's stuff for older crowds too, such as Captain Marvel, Iron Man, Black Panther, and Star Wars: The Force Awakens.

There's also new movies and shows to look forward to. For example, Disney is remaking the 1955 classic Lady and the Tramp with a live-action twist that looks absolutely adorable with real life dogs. In the trailer for the Disney+ film released on Aug. 23, you get a peek at the lovable pups' story and, of course, the iconic spaghetti and meatball scene. The live-action Lady and the Tramp will be available to stream on Nov. 12, the same day Disney+ launches.

Another perk for parents is that Disney+ will have no R-rated movies, according to TV Guide, so if your little ones start exploring on the streaming service when you're not looking, everything they might click on will be pretty kid-friendly.

Disney+ offer for this discounted rate ends in a just a couple days, so be sure to take advantage of the lower price tag ASAP so you're ready for a Disney movie fest on Nov. 12.