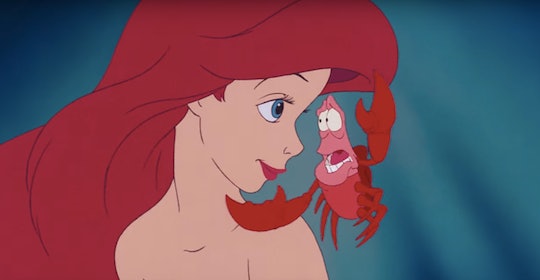 Waiting for certain movies to show up on Netflix or other streaming services is tough, and it's about to get a lot harder for parents. In an earnings call on Tuesday, Disney announced that its pulling movies from Netflix in order to create their very own streaming service. So if you've been depending on anything created by Disney to get your little ones to calm down while you make dinner, you might need to find some new faves. Or prepare to pay for an extra subscription just for Disney content, including Pixar movies and Disney Channel content.

CEO Bob Iger told CNBC that there's no bad blood between Netflix and Disney. Rather, the move is strictly business and the first step in Disney scaling their content distribution platforms. The media company also acquired a 42 percent stake in BamTech to power the new service.

To keep things fresh once it makes the move, Disney also plans on making a "significant investment" to produce exclusive new movies and TV shows for the platform, so that there'll always be something to watch on the new service, which is slated to launch in 2019. Still, it will be sad to not have your favorite movies all in one place.

Disney is also going to launch its own streaming platform for ESPN in 2018. Although it sounds like a lot of extra work to have yet another subscription to yet another streaming site, the launch of an exclusive Disney and ESPN service might be good for some customers who have been clinging to their pricey cable subscriptions for a small amount of content.

But it will take some getting used to, especially since people were just getting used to all of the Disney movies finally hitting Netflix after all of these years. Disney also owns Marvel, the Star Wars franchise, and the ABC and Freeform channels; however, according to the earnings report, there are no plans to remove Grey's Anatomy or Pretty Little Liars, too. The Marvel TV exclusives on Netflix will also likely remain on Netflix.

Nonetheless, the announcement that Disney was ending its movie deal with Netflix led to a 5 percent decline in the streaming giant's stock price on Tuesday afternoon.

Iger said in a statement about the new moves for his company:

The media landscape is increasingly defined by direct relationships between content creators and consumers. This acquisition and the launch of our direct-to-consumer services mark an entirely new growth strategy for the company.

He didn't share what the subscription would cost, but there has been talk in the past about creating a "dynamic" subscription model, which would allow people to pay based on how much content they watched.

In any case, it will definitely be something consumers have never seen before. But it will be hard to see the Disney library hit the road.