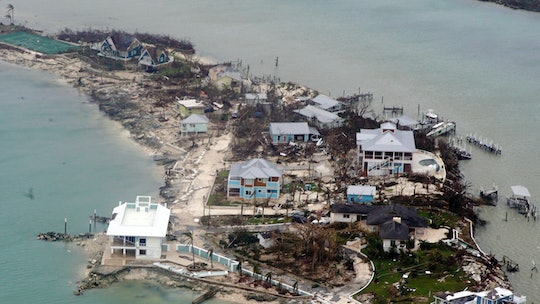 For two days Hurricane Dorian wreaked havoc on The Bahamas, pelting the islands with catastrophic winds and heavy rain. As the storm barrels toward the southeast coast of the United States, Disney has pledged to help The Bahamas with a $1 million donation toward Hurricane Dorian relief efforts. The Walt Disney Company has said it will donate cash and needed supplies to help those in impacted areas get back on their feet.

"The Bahamas is such a special place to us and our guests, and we have watched the devastation created by Hurricane Dorian with concern and heartache," Disney Cruise Line President Jeff Vahle said in a statement released by Disney. "We stand with the Bahamian people, and especially those in Abaco and Grand Bahama, as they recover from the worst storm to ever make landfall in The Bahamas. As the needs in these communities are assessed, we are prepared to aid the relief and recovery efforts through funding, the provision of supplies and by providing support to our Bahamian Crew Members."

The Walt Disney Company, led by its subsidiary the Disney Cruise Line, has committed to donating $1 million to the nonprofit relief agencies that undertake recovery efforts in The Bahamas, according to a press release issued Tuesday. The company has also said it will donate a variety of supplies and relief provisions such as food staples and basic construction materials as part of its relief aid.

Labeled a Category 5 hurricane, Hurricane Dorian is said to been the strongest storm to ever make landfall in The Bahamas, resulting in severe flooding, widespread destruction, and at least seven deaths, according to CNN. Hubert Minnis, the island country's prime minister, characterized the storm as a "historic tragedy" in a Monday press conference, The New York Times reported. He later noted that "there are many difficult days, weeks and months ahead of us as a people and as a country" in a tweeted statement posted Tuesday.

The International Committee of the Red Cross has estimated that Hurricane Dorian left tens of thousands of Bahamians without homes, making shelter a top concern. "We don't yet have a complete picture of what has happened, but it is clear that Hurricane Dorian has had a catastrophic impact," Sune Bulow, head of the International Federation of Red Cross and Red Crescent Societies’ (IFRC) Emergency Operation Centre, said in a statement. "We anticipate extensive shelter needs, alongside the need for short-term economic support, as well as for clean water and health assistance."

You can donate to IFRC's Hurricane Dorian relief effort in The Bahamas online. Donations can also be made to the International Medical Corps, which is mobilizing its staff and resources to The Bahamas to help. GlobalGiving is also raising money to aid recovery and relief efforts in The Bahamas. According to the charity, funds will initially go toward helping first responders supply survivors with food, shelter, fuel, clean water, and hygiene products before transitioning to supporting long-term recovery efforts organized by local organizations. You can contribute to GlobalGiving's Hurricane Dorian relief fund here.

Although Disney has not yet revealed which nonprofits they'll partner with, their million-dollar donation will likely be a massive help in jump starting much-needed relief operations. "The Walt Disney Company stands with the people of The Bahamas affected by Hurricane Dorian," Walt Disney Company Chairman and Chief Executive Officer Robert A. Iger said in a statement. "We hope our $1 million donation will provide much-needed relief and help our neighbors, colleagues and all those impacted by this devastating storm begin the long process of recovery as they work to put their lives and communities back together."

Disney reportedly employs more than 60 Bahamians from Abaco and the Grand Bahama through Disney Castaway Cay, a private island in The Bahamas that serves as a port for Disney Cruise Line ships. Both islands were hit hard by Hurricane Dorian.