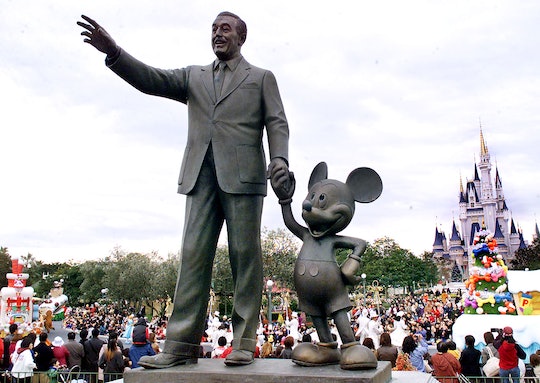 Come September, there will be one less hour of magic at the most magical place on Earth. Walt Disney World plans to scale back its operating hours at its four theme parks next month. News of Disney World's reduction in hours comes as COVID-19 cases continue to impact vacation-related travel and park attendance.

Beginning Sep. 8, Walt Disney World's Magic Kingdom Park and Disney's Hollywood Studios will both close an hour early, according to the resort's hours of operation calendar. Under the new operating hours, the Magic Kingdom will close its gate at 6 p.m. instead of 7 p.m. while Disney's Hollywood Studios will close at 7 p.m. rather than 8 p.m. Elsewhere in the entertainment resort, Epcot will shave two hours off its operating hours by closing at 7 p.m. instead of 9 p.m. while Disney's Animal Kingdom Theme Park will move its operating hours from 8 a.m. to 6 p.m. to 9 a.m. to 5 p.m..

According to USA Today, Disney executives have said Florida's surging COVID-19 cases have resulted in a growing number of ticket cancellations as well as lower-than-expected park attendance at Walt Disney World resort since the company began a phased reopening of theme park in July. During an Aug. 4 earnings call, Disney CEO Bob Chapek said Walt Disney World had seen a drop in out-of-state visitors as the ongoing coronavirus pandemic continues to impact travel, USA Today reported.

As of Sunday, the Florida Department of Health had reported at least 536,950 confirmed cases of COVID-19 and more than 8,270 deaths in the state. According to the Centers for Disease Control and Prevention (CDC), Florida trails behind California, where Disneyland is located, to be the state with the second highest number of coronavirus cases in the United States.

All told, Disney reported a quarterly loss of nearly $5 billion for its third fiscal quarter, which ran from April to June, a period during which both Disney World and Disneyland were shuttered due to the coronavirus pandemic, according to Forbes. In fact, Disney noted that closures had led to a roughly $3.5 billion in adverse impact on operating income at its parks, which ultimately represented the most significant coronavirus-related impact in the quarter.

Despite the recent drop in attendance, Disney executives have appeared confident that business will resume as COVID-19 numbers drop. "We expect demand will grow when the COVID situation in Florida improves," USA Today reported Disney's Chief Financial Officer Christine McCarthy said during the company's earnings call. "This is obviously a very uncertain time," the news outlet reported Chapek added. "We should be in good shape once consumer confidence returns."