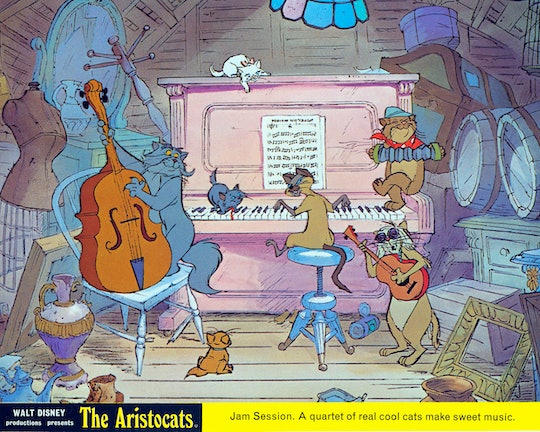 For years, many have noted that a number Disney's classic films contain racist or stereotyped depictions or include the mistreatment of people or cultures — and Disney doesn't disagree. Last year, the company rolled out a disclaimer of sorts for viewers about what it called "outdated cultural depictions." Now, however, Disney has strengthened the racism warning placed ahead of some classic films in the Disney+ library to explicitly label some depictions as "racist."

"As part of our ongoing commitment to diversity and inclusion, we are in the process of reviewing our library and adding advisories to content that includes negative depictions or mistreatment of people or cultures," Disney said in a post explaining the new warning. "We can't change the past, but we can acknowledge it, learn from it and move forward together to create a tomorrow that today can only dream of."

This program includes negative depictions and/or mistreatment of people or cultures. These stereotypes were wrong then and are wrong now. Rather than remove this content, we want to acknowledge its harmful impact, learn from it and spark conversation to create a more inclusive future together. Disney is committed to creating stories with inspirational and aspirational themes that reflect the rich diversity of the human experience around the globe. To learn more about how stories have impacted society, please visitwww.disney.com/StoriesMatter.

According to NPR, the original content advisory message Disney unveiled on Disney+ in 2019 simply alerted viewers to the fact that "this program is presented as originally created [and] may contain outdated cultural depictions." While a step in the right direction, the all-too-brief warning was criticized for appearing dismissive and failing to explicitly acknowledge the existence of racist undertones in films like Lady and The Tramp or Peter Pan, according to The Washington Post.

Disney noted the new advisory would appear before a number of titles currently available on Disney+ that had been identified as containing racist depictions, stereotyped characters, or mistreatment of people or cultures. These include Aristocats, Dumbo, Peter Pan, and Swiss Family Robinson, Disney noted.

"Rather than removing this content, we see an opportunity to spark conversation and open dialogue on history that affects us all," Disney said on its website. "We also want to acknowledge that some communities have been erased or forgotten altogether, and we're committed to giving voice to their stories as well."