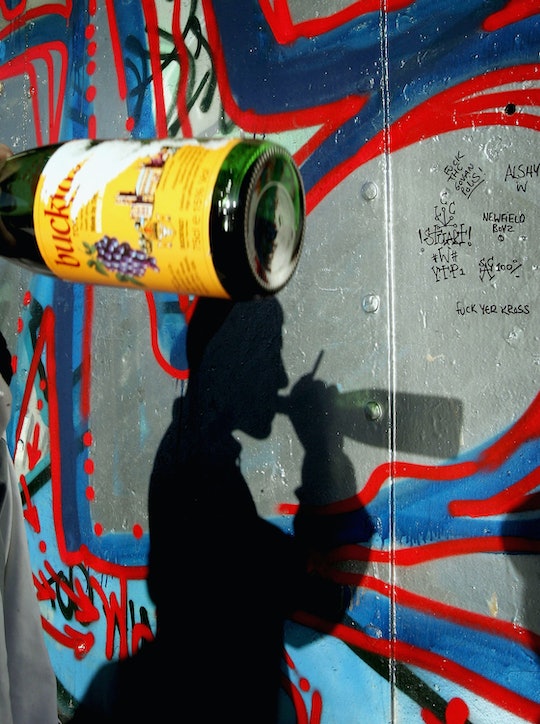 Some of the most influential people in a child’s life are those who care for them and raise them to make an impact on future generations. Now, as more scientific research shows just how profound the parent-child connection really is, a new study claims that divorce and death can affect kids’ drinking and smoking habits later on in life. The research shows that this dangerous childhood behavior is linked to a parent being absent from a child’s life early in life, regardless of the cause.

A new study published on Monday in the journal Archives of Disease in Childhood found that children who lost a father or mother early in life were more likely to smoke and drink before they reached their teen years.

The research — which was conducted on English families with almost 19,000 children collectively, all born between 2000 and 2002 — discovered that this behavior was more likely to occur if the parent’s absence happened by the time a child reached 7 years old. If the parental absence happened before the child hit 7 years old, they were twice as likely to have taken up smoking and drink by the age of 11.

"We know from previous research that people may take up risky health behaviors as a coping strategy or as a form of self-medication, to help them cope with stressful situations," Rebecca Lacey, an author of the study told CNN.

The study explains that these coping behaviors are associated with the chemical reactions that happen when you smoke cigarettes and drink alcohol.

"Associations between parental absence and early smoking and alcohol consumption may operate through a range of mechanisms, such as reduced parental supervision, self-medication, and adoption of less healthy coping mechanisms," the researchers wrote in the study. "For instance, nicotine in particular demonstrates psychoactive properties and may have benefits for mood regulation."

While this study doesn't claim to come to any firm conclusions, given that the research was conducted only as an observational study, the researchers note that their findings support other studies that have been done on similar subject matter. "Health behaviors established earlier in life are known to track into adulthood," the authors wrote in the study.

Lacey told CNN that providing early life assistance and support to children with an absent parent may help prevent this type of behavior. This can be done by simply giving plenty of hugs, letting them talk about how they feel regarding their parent's absence, and giving them an outlet to express their grief when it's needed.

It's no secret that death and divorce are tough on a child at any age, but this study provides a bit of insight that can help parents and guardians intervene to make sure their children cope in a healthy way during any difficult time.