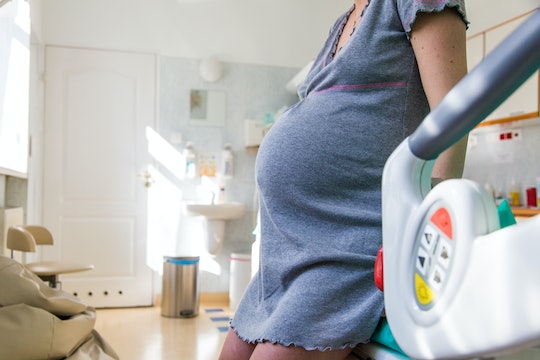 Not Every Doctor Will Perform A VBAC, & Here's Why

If you've had a C-section, it's natural to wonder about your birth options for your next baby. You may be perfectly content having another C-section, or you may want to consider having a vaginal birth after cesarean, also known as a VBAC. If you're researching just how this happens, you're already on the right track, but do all doctors perform VBACS, or are there doctors who will refuse?

Emerging literature from BMJ Journals supports the idea that VBACs can be performed safely, minimizing the risks to the mother, decreasing the costs to both the mother and the hospital (and in the United States — insurance companies), and allow the mother an easier recovery, requiring less intervention than a repeat cesarean. However, because of the risk of uterine rupture, which is potentially deadly for both the mother and child, OB-GYNs are hesitant to give the green light to VBACs. In fact, in spite of recent studies noting its safety and benefits, the rates of VBACs are declining — not rising — in the United States compared to other nations, according to Qualitative Health Research.

Currently, the United States has the lowest rate of VBAC of any industrialized country. In 2013 (the most recently updated year for stats), only 10 percent of all live births were VBACs, reported Childbirth Connection. That statistic is harrowing, but that doesn't mean it's impossible. Do all doctors perform VBACs? The answer is complicated.

I called around to various hospitals in my area (NYC) and spoke to several obstetric practices to get the answer. The long and short of it is that in the United States, OB-GYNs tend toward more intervention and an abundance of caution when it comes to a VBAC, therefore, not all doctors will deliver you via VBAC, even if that's what you would prefer. They believe there's simply too much risk involved to allow it. However, most doctors are at least willing to evaluate your pregnancy and the risk factors and consider it as an option. Of the seven hospitals and five OB-GYN practices I spoke with, only one practice said they absolutely won't consider it, again, citing risk of uterine or placental rupture.

If you have your heart set on a VBAC, you may need to seek out a new provider. But you should also understand that it can be a bit of an uphill battle to find an OB-GYN to work with you to get the birth you want, and that when the time comes, you may still end up with a repeat C-section if they think it's warranted. At least now you'll go into the appointment with all the knowledge you need at your back.