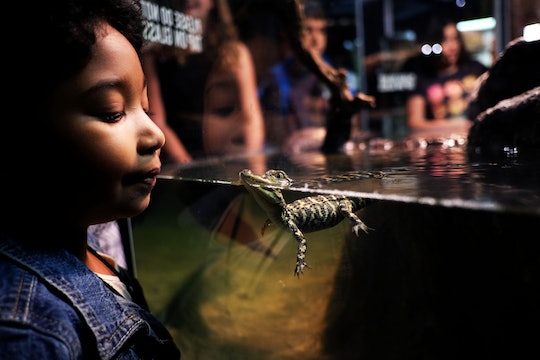 On Wednesday morning, the search continues for a missing 2-year-old boy who was attacked by an alligator at Walt Disney World's Grand Floridian Resort and then dragged under the water. The horrifying event that unfolded Tuesday night has left some parents wondering: Do alligators attack kids often? It's an unfortunate reality that yes, sometimes children are the victims of alligator attacks and bites.

The Florida Fish and Wildlife Conservation Commission has kept records of alligator bites dating all the way back to 1948, and there have been 383 alligator bites on people in unprovoked encounters with the prehistoric-looking reptiles. Of the 383 total incidents in the last 68 years, 23 of those were fatal. Alligators have killed children as young as 2 years old in Florida; several of these deaths are of children aged 2 to 4.

Alligators feed mostly on turtles, fish, snakes, birds, and small mammals — and a toddler closely resembles some of the alligators' common staples in size. FWC Executive Director Nick Wiley spoke to USA Today and was quick to point out that, "People – even small people – are not their typical prey."

The reason children are such an easy target for opportunistic gators is because kids just don't realize that danger could be lurking near them, just a few feet away from them in the water. In an alligator attack at Walt Disney World in 1986, 8-year-old Paul Richard Santamaria was playing near the water's edge at Fort Wilderness. He never saw the 7-foot gator that grabbed him and tried to pull him into the water. Santamaria was saved by his two siblings as they pulled him from the gator's jaws.

Alligators can be found in just about any body of freshwater in Florida, including lakes and rivers — and they are fast. These 500-pound animals can get up to 11 mph on land, which doesn't sound like it's that fast — but when you consider that it might be trying to reach you at the waters's edge, you realize that 11 mph can be quite fast over short distances. Thankfully, alligators aren't distance runners, so if you're ever being chased by one, the best thing you can do is run away from an alligator in a straight line — and keep running. The gator will usually stop chasing you.

The FWC offers the following guidelines to prevent and avoid alligator attacks in their "Living with Alligators" brochure:

As shocking and rare as Tuesday's alligator attack at Walt Disney World may be, parents should remember that alligators can and do attack children and should educate themselves to prevent the unthinkable from happening to their families.