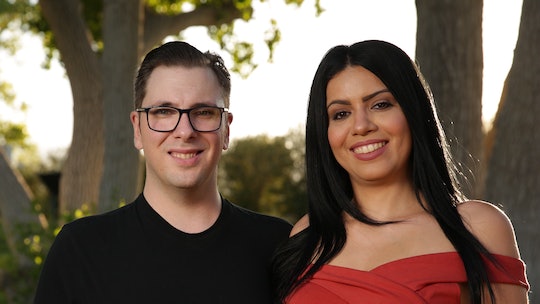 Like most reality shows, 90 Day Fiancé is filled to the brim with drama. And while you’d certainly expect some level of tension between the betrothed couples, it goes beyond that. In the first part of the Season 6 reunion, there was quite a bit of animosity between the various couples. One question fans might have about a particular feud is: Do Ashley and Larissa know each other outside 90 Day Fiancé? And while you wouldn’t be faulted for thinking so, it really doesn’t seem as though the two women were acquainted prior to the show.

Larissa’s Instagram is currently set to private, but those who follow her may have seen a recent Instagram Live feed she posted in which she mentions Ashley. Larissa claims when they met in Atlanta, Ashley “tried to really hard to be [her] friend.” Presumably, this was after meeting as cast members on the show, since Larissa says Ashley “talked bad” about others on the show, including Jonathan and Fernanda.

That wasn’t all Larissa had to say. She claims she was “really nice” to Ashley and that she gave her some advice — whatever that means. Ashley, for her part, hasn’t said anything about all of this, at least not obviously. She’s been busy focusing on promoting the show and celebrating reaching 100k followers on Instagram.

It’s no secret amongst fans of 90 Day Fiancé that Ashley and Larissa don’t get along. In fact, back in October, Ashley posted a series of images to Instagram featuring several other 90 Day Fiancé stars in Los Angeles, from which Larissa was conspicuously missing.

Editor's Note: The Instagram posts have since been deleted.

And the reunion brought with it a lot more drama than just Larissa and Ashley. Larissa and her new hubby Colt, didn’t even show up until close to the end, and then they dominated the conversation. It seems as though the thing that keeps these two together is the drama, which probably isn’t a good sign — but who am I to say?

Anyway, Larissa had beef with others, including Fernanda, who she also called out on Instagram. This resulted in quite a bit of onstage anger, wherein Larissa called Fernanda “ugly,” as well as "jealous" and "thin" (?). Larissa and Colt definitely came onto those couches guns blazing and things went over about as well as could be expected, all things considered.

I’m not here to judge, but it does look like volatility is kind of a hallmark of Larissa and Colt's relationship anyway. If you do follow Larissa, you'll notice that she accused Colt on cheating on her on her Instagram. This, of course, comes soon after Larissa was arrested on domestic battery charges following a dispute with Colt. All charges were subsequently dropped by the way.

There is, of course, always the possibility that Larissa is just very misunderstood. And who knows, maybe in a few months' time she and Ashley will settle their beef and all will be well. I wouldn't count on it, though.