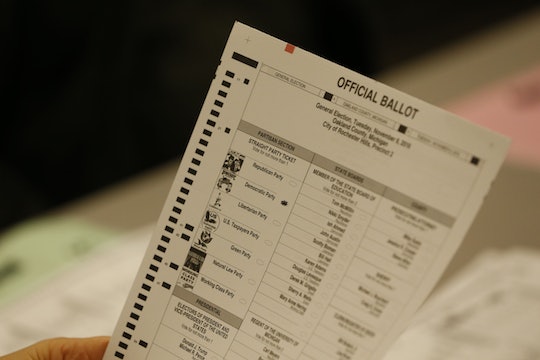 Do Electors Get Paid? The Job Isn't About Money, It's About Being A Part of History

The popular vote in the 2016 election was handily won by Secretary Hillary Clinton. But that's not how American presidents are elected. The founders set up an Electoral College that comes together weeks after the popular vote takes place to make the actual decision. Traditionally, in modern America, the electoral college is little more than a formality. But this year electors are facing mounting pressure to break with past tradition and overlook Donald Trump's electoral college win and give the presidency to Clinton. Do electors get paid? The job isn't about money. Being selected as an elector is a solemn duty.

Electors are chosen by individual state political parties, according to the U.S. National Archives. The only federal law regarding selecting an elector, the National Archives states, comes from the Constitution:

Article II, section 1, clause 2 provides that no Senator or Representative, or Person holding an Office of Trust or Profit under the United States, shall be appointed an Elector," according to the Archives. "As a historical matter, the 14th Amendment provides that state officials who have engaged in insurrection or rebellion against the United States or given aid and comfort to its enemies are disqualified from serving as Electors. This prohibition relates to the post-Civil War era.

Besides this, all laws regarding electors are made at the state level, but most are about administrative matters. You can download a full compilation of the various state laws for electors from the National Archives.

Some electors, but not all, according to TIME, like those in New York, are paid a stipend of $15 per day and 13 cents per mile while they're doing their elector business, but for more than 100 years, electors have donated that money to charity. Scott Trent, who was New York Secretary of State spokesman in 2000, told TIME about being an elector, "...the monetary rewards are paltry, but the sense of history is overwhelming."

It's an honor to be selected to represent the voters of your state. And more than 99 percent of the time, according to the Archives, electors have voted as pledged, and as expected. But a movement is gaining steam to convince electors that the patriotic thing to do is to break with tradition and keep Trump from taking office.

“Spoiler alert: in 1789 they anticipated 2016,” R.J. Lyman, the attorney giving advice to more than 20 electors about the right they have to ignore their states' popular votes and cast their ballots for another candidate told USA Today. “They (electors) have to decide whether, in Hamilton’s words, the candidate to whom you are pledged is fit for office."

And electors across the country are getting crazy pressure from voters this year. The AP put together a collection of accounts from electors that details the thousands of calls, emails, and letters being sent to electors to try and influence their vote on Dec. 19.

"Forty-seven thousand, five hundred emails, that's ridiculous, OK?" Alberto Gutier a Republican elector from Arizona told the AP. "And hundreds and hundreds of letters. Do you have any idea, for those stamps, how many people could have been fed for the holidays?"

What was once a rubber stamp ceremonial honor bestowed on political loyalists appears to have become a sticky and controversial position to hold. Maybe electors deserve some kind of combat pay?