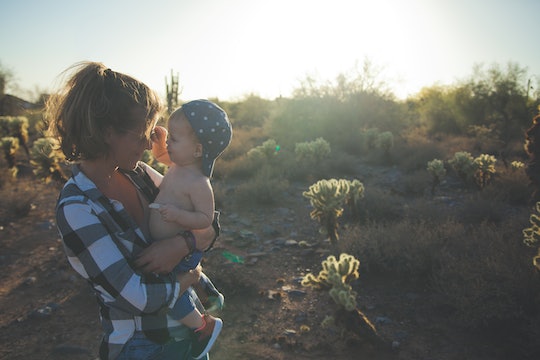 An ironic development on the teen pregnancy front might make schools reassess their sex-ed curriculum. Apparently, using pretend, robotic babies to simulate the difficulty of raising and infant is having an undesirable effect. Do infant simulators increase teen pregnancy? A new study says yes, much to educators' and parents' dismay.

On one hand, teen birth rates continue to drop in the United States each year. Though the exact reasons for this are unclear, the CDC speculates that a couple of scenarios are to credit, saying that "more teens may be delaying or reducing sexual activity, and more of the teens who are sexually active may be using birth control than in previous years." All of that progress aside, a study in Australia shows that the Virtual Infant Parenting (VIP) program's goal to reduce teen pregnancies ultimately failed to do so.

Students in the program were reportedly "more likely to experience a birth or an induced abortion" by age 20. The students who were enrolled in the VIP program had an 8 percent birth rate, compared to 4 percent for the group who underwent "standard health education curriculum." As for pregnancy rates altogether (births as well as abortions), the VIP group experienced a 9 percent rate compared to the control group's 6 percent.

The VIP program spans a period of six days. A "teacher, nurse, or doctor" teaches a classroom of girls about sexual education with a variety of mediums, including workbook exercises, viewing a documentary, and then, of course, the simulated baby. The girls also underwent various educational sessions which addressed "the impact of not smoking, drinking or taking drugs on a healthy pregnancy, good nutrition, the financial costs of having a baby, sexual health, contraception, and respectful relationships." Then, for one weekend, from the end of school on Friday through to the next Monday, the girls were to take care of a "Baby Think it Over" simulator.

According to the "BTIO" website, the simulator cries when it needs to be "fed, burped, rocked or changed," and coos when it is satisfied. The simulator then records statistics for a variety of variables such as "mishandling actions, including Shaken Baby Syndrome, head support and wrong position; surrounding temperatures; time in a car seat; [and] clothing changes."

"These interventions are likely to be an ineffective use of public resources for pregnancy prevention," admits Dr. Sally Brinkman, lead author of the study. Professor Julie A. Quinlivan, an Australian academic stresses that, in dealing with teenage pregnancy, "we have to address both mothers and fathers," and begin sexual education much earlier in life.

Whatever the preferred alternative route is, this study indicates that simulated babies may not be the way to go — or at least may need a little bit of curriculum revision.