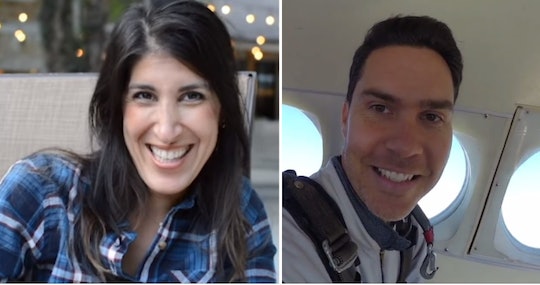 With the premiere of HGTV’s new Flip or Flop Atlanta premiering later this month, fans of the hit renovation series have a lot of questions about the hosts — Ken and Anita Corsini — and what their lives are like off-screen. The real estate pair have reportedly been married for 17 years now and their Instagram pages ooze with cuteness. But fans of the show might be curious about whether Ken and Anita Corsini have kids and if they can expect a cameo from them as well.

According to HGTV, Anita and Ken have three children together. And from a quick glance at Anita and Ken's Instagram pages, it appears they have two daughters and a son.

Anita has posted photos featuring them on car wash duty, attending an Atlanta Falcon’s game, and snapping an adorable mother-daughter selfie before heading out to see Hidden Figures together. Meanwhile, Ken has shared images of them indulging in some nachos, opening presents on Christmas morning, and playing in the snow.

They definitely seem like they have a lot of fun. We don’t know their ages or names yet, but, considering that both of the reality stars have posted photos of them on social media and Ken told HGTV that his oldest is interested in their line of work, it’s not a far-fetched idea that these questions will be answered soon, once the show premieres.

While neither Ken nor Anita are originally from Atlanta, Ken told HGTV that it's the perfect place to raise their family.

"Atlanta is just a gorgeous place to live. With mild winters and lush green summers, it’s no wonder so many people move from other parts of the country to call Atlanta home," he said. "Atlanta is also a melting pot of different cultures. I love the fact that my children have the opportunity to be exposed to so many different people, groups and cultures."

And Anita has shared a few tidbits of what their kids are like. For instance, one of their daughters is a rather chatty student in class. Back in January, Anita posted a photo of her report card with a highlighted section that read, "but likes to talk."

"Chip off the old block," the mom of three humorously captioned the post. "It's genetics. I have a feeling this isn't the last report card that comes home saying she talks in class. I'm still working on that one."

They've also shared more kid-inspired moments, like a sweet drawing one their daughters sketched of her parents doing a behind-the-scenes interview and a recent video of their kids having fun at a Fourth of July parade.

Needless to say, Ken and Anita have an adorable family. And fans can only hope that all the cuteness they see on social media will make it on-screen as well.