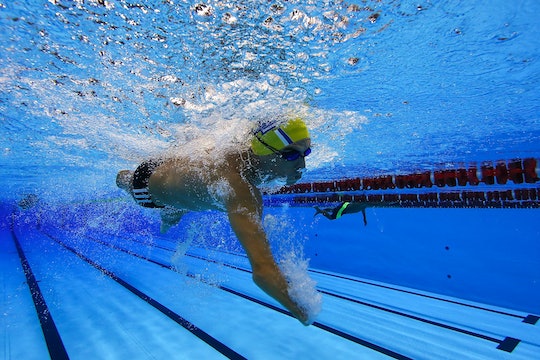 Do Olympic Swimmers Wax Their Body Hair? It Helps Their Performance

In just a few days, Olympic swimmers, such as Nathan Adrian, Natalie Coughlin, Elizabeth Beisel, Ryan Lochte and Matt Grevers, will all have silky smooth bodies as they dive into compete in the Rio 2016 summer games. Some may even be wondering if these Olympic swimmers wax their body hair to glide through the water with such skill and speed. As it turns out, not only is waxing or shaving before a swim meet is a ritual in the sport as well as a group bonding experience, there are also many reasons why aquatic athletes opt to rid their body of excess hair.

With smoother and slicker skin, swimmers can feel the water better, and shedding off any extra weight, albeit even a minute amount, can apparently improve their performance. And when you’re competing in the Olympics, every millisecond matters.

“In other social circles it might be weird, but it’s just part of swimming,” Natalie Coughlin, a 12-time Olympic medalist, said in a video for NBC Sports. “The name of the game in swimming is reducing drag. When you in a race where it comes down to one hundredth of a second, every little bit counts, and every little hair, every little wrinkle in your cap, all of that adds to drag.”

While shaving or waxing off their body hair surely helps swimmers be more aerodynamic in the water, the key purpose to is remove a thin layer of any dead skin that can add extra drag. “The purpose of shaving your body is to get all that old dead skin off of you and have fresh skin with no hair on it,” Coughlin said in the video.

According to fitness tip website Active.com, a fresh shave results in a “heightened feel for the water.” Imagine the refreshing sensation you feel when you slide into bed after shaving your legs in a long time. It’s comparable feeling to the experience swimmers have in the water.

"It’s sort of like feeling a dolphin and how slippery they are in the water and that’s what you feel like when you dive in after fresh shave," Elizabeth Beisel, 23-year-old Olympic backstroke swimmer, said in the same NBC Olympics video. "And it’s like the best feeling ever."

According to a study by Indiana University on the sensation swimmers feel after shaving, researchers found that removing hair can enhance perceptual motor skills. In other words, these enhanced motor skills can translate into improved stroke movements as well as stronger kicks, pulls, and pushes while swimming.

While there hasn’t been extensive research done on the effects of shaving before a big race, it’d be hard to believe that getting extra silky and smooth could make anyone’s performance worse than if they had hairy legs and armpits. Some swimmers even grow out their body hair while they train for the big day.

So even if ridding that hair and dead skin only benefits these athletes physiologically, Olympic swimmers swear by the ritual. And really, isn't that what matters?