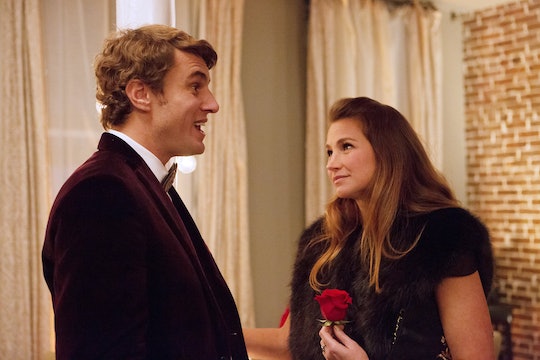 Shep & Landon Have Quite A History Before (And After) 'Southern Charm'

It sometimes amazes me when watching Southern Charm the sheer amount of personality contained in a single show. Two such personalities are Shep Rose and Landon Clements, who's relationship after four seasons has run the gamut from flirtatious to contentious. So do Shep and Landon still talk after Southern Charm? Landon already announced that she would not be joining the rest of the cast for Season 5. It's kind of hard to tell whether or not these two hang these days. I don't see them saying anywhere that they specifically do, but not that they don't either.

At least at one point in the show, it seemed that Shep was somewhat interested in Landon but she wasn't into him. That is until the third season when she confessed, "Maybe I love you." But Shep wasn't in love with Landon and so ended their brief courtship. Since then, the two's relationship has stayed strictly platonic, though they've had their share of disagreements. In Season 4, Shep warmly criticized Landon for some unprofessional and rather gauche comments she made to a business associate Shep introduced her to. These comments included bragging that she hangs out with "billionaires not millionaires." He was also critical of her travel site, then called "Roam" which has since been renamed "Trovare."

Though this resulted in some disagreement and minor drama between them, they seemed to set aside their differences in time for Shep's spin-off show, Relation-shep, in which he visited friends in different parts of the country and they tried to set him up with eligible women. In L.A., Landon set him up with one of her friends — before Shep tanked the date by inviting Landon to join in the middle of it. On her Instagram, Landon cheekily referenced her former love for Shep in promoting the show with the caption, "SPOILER ALERT: he doesn't end up with me." Indeed, I would be really surprised if that actually happened.

These days, if Landon was staying in Charleston I might expect that they'd stay in contact (if only because of all of their mutual friends), but she's not. In announcing her departure from the show, Landon said that she was going to focus on her career, specifically in real estate. In an interview with People she explained that she was moving back to the West Coast, saying:

I just wanted to get back to California and the West Coast. When we finished filming last season’s show, I came back in March, and I had to do a bunch of classes because I let my real estate license lapse in California, so I had to basically go back to school, which I kind of loved.

On her relationship with Shep, romantic or otherwise, Landon has said that she'll always love him, just not quite in that way. "I am evolved from wanting someone like Shep," she said in an interview with Entertainment Tonight. "I mean, I love him and it does seem like it just makes sense for us to be together, but honestly, it's just our relationship the way it is, is so great."

Now as for a real-life friendship? I've been looking for evidence on their social media pages, but I'm honestly not seeing much there. And in an interview with Kate Casey on her Reality Life podcast, Shep opened up a little bit about Landon, saying that she "shoots herself in the foot" a lot. He also said that while he loves the hippie, loving part of her, there's another part that's kind of "aggressive." Look, I'm not here to be anybody's therapist, but it doesn't look like they're exactly besties to me. But what do I really know.