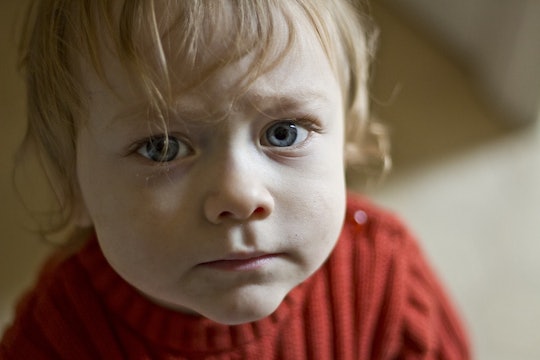 Do Spankings Actually Work? Studies Claim They Don't, Despite What Everyone Thinks

When it comes to disciplining a child, spanking has always been a debatable tactic. It’s been a go-to, almost instinctual form of punishment for generations of parents. But now, some might be wondering if spankings actually work as an effective discipline method and if they improve a child’s behavior immediately as well as in the future.

The short answer: No, they do not. Studies and evidence have found that spankings can actually have the opposite outcome and are often associated with troubling problems a child might display later in life.

Back in April, a study by developmental psychologist Elizabeth Gershoff and University of Michigan professor Andrew Grogan-Kaylor released in the Journal of Family Psychology went viral and has started gaining traction again this week, which has brought up the unsettling problems that have been linked to the age-old form of punishment.

The meta analysis — consisting of 75 studies and a data pool of nearly 161,000 children — found that there is "no evidence that spanking is associated with improved child behavior." Instead, the analysis found that there is a small connection between spanking and increased aggression, increased anti-social behavior, and mental health problems later in a child's life. Although there is no direct evidence that proves spanking specifically causes these behaviors, researchers believe that spanking can lead to harmful outcomes.

In an interview with Vox last April, Gershoff explained why she believes so many parents spank their children and linked it to the immediate effect, despite research that says it’s not the best way to discipline in the long run.

She continued, "The other reason is that they were raised with spanking themselves — their parents may have spanked them, or their religion may say it is important to spank — and so they have grown up with it as an acceptable practice."

In a separate 2013 study published in the Journal of Pediatrics, researchers from the University of Manitoba in Canada found that children who are physically punished in the first decade of their lives have a greater risk of developing a mental disorder, such as anxiety, depression, or another behavioral disorder.

According to the study, approximately two to seven percent of mental disorders in the study could be linked to physical punishment. Again, however, the study's results cannot prove a direct correlation, but these researchers also believe spanking and a child’s aggressive behavior can be related.

According to the same Vox interview, Gershoff said that because spanking is form of violence, albeit a mild form, it changes a relationship between a parent and child as well as that child's future relationships.

"It changes the power dynamic, and makes it clear to the children that you can hit somebody if you have power," Gershoff told Vox. "So children learn 'you can hit to get what you want,' and 'you can use aggression.' So those kids, not surprisingly, when they're with their friends, are using aggression to do what they want."

Unfortunately, as most parents know, there is no perfect or magic way to discipline a child. Researchers say the goal is to teach and explain to a child why their behavior was wrong and how they should act in the future, rather than immediately acting out of anger. So, instead of spanking, they advise parents to take a minute to calm themselves down and think of an alternative that has been effective in the past.

More Like This
From Captions To Gifts, These Are All The Kindergarten Graduation Ideas You Need
What Is Monkeypox & Should You Be Worried? Here’s What You Need To Know
Operation Fly Formula Begins With 78,000 Pounds Of Baby Formula
Mom Gave Birth On The Side Of The Road... With Her Five Other Kids In The Car