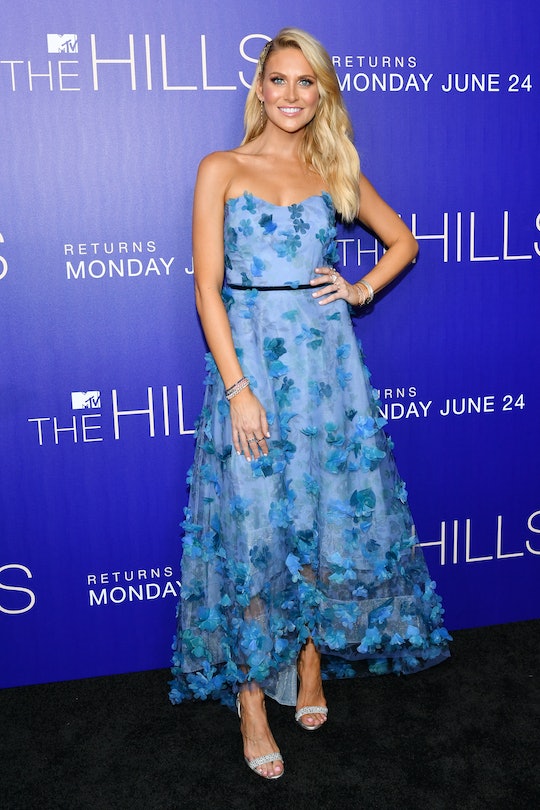 Stephanie & Spencer's Feud Rages On In 'The Hills: New Beginnings'

The Hills: New Beginnings may be a reboot but some things never change — like Stephanie and Spencer Pratt's incredibly acrimonious siblinghood. Their fractured relationship still hasn't healed after all these years, so viewers tuning in to catch up with the cast may be wondering whether Stephanie and Spencer Pratt talk now. According to an April episode of Stephanie's podcast Pratt Cast, they aren't on good terms.

"We are not on speaking terms, I do not consider them my family," Stephanie said at the time, according to E!. "I'm not going to pretend that Spencer and Heidi are good people like I was doing for most of the series for my parents…They are the most toxic people I've ever met."

She went on to accuse Heidi of being the reason her family split apart, saying that she isolated Spencer from the rest of the family. According to Stephanie, this damaged not only her relationship with him but also their parents' relationship with Spencer. The drama with Speidi even caused Stephanie to be hospitalized at one point, although she wouldn't go into detail about the ordeal. At The Hills: New Beginnings premiere party, Stephanie told Entertainment Tonight that she and parents are no longer on speaking terms either.

Spencer and Heidi fired back in the next two episodes of their podcast Make Speidi Famous Again (yes, really). Heidi was being coy about naming Stephanie as the source of some "very challenging and heartbreaking" family drama that week, but, according to Us Weekly, she said, "I felt like there were some very below-the-belt, nasty comments that weren’t even true."

Heidi also claims that she tried to reconcile with this family drama source. "The next day I was just like, ‘Hey, yeah, let’s give it some time and I’d love to move forward.’ Then the person didn’t even message me and was, like, subtweeting me," she said. "So, it was like, ‘You obviously don’t want to make amends because I would’ve wrote back.’"

Then, in the next episode, per Us Weekly, Spencer followed up saying, "It’s so hard when so many people message you and keep bringing [it up]. It’s like, 'I know. I know. I have been living with this evil around me for a long time. I already know.’ Like, this is news to everyone else."

Stephanie admitted The Hills: New Beginnings premiere party was "really uncomfortable" for her because she hadn't really seen Spencer or Heidi. She added that filming was a pretty vulnerable experience for her, too, confirming that it was "all so real" and "every aspect of [her]" was on it.

Basically, it seems like this trio is picking up right where they left off nine years ago. Although Stephanie first joined the show as a supporter of Speidi, she soon befriended Lauren, which Spencer saw as the ultimate betrayal. Stephanie made clear that she wasn't going to give up a perfectly good friendship just to support her brother's blood feud and the siblings never really recovered after that. Throw into the mix some spicy political leanings — Speidi appeared in some videos with Alex Jones in 2016, according to The Cut — and Stephanie is comfortably over it.