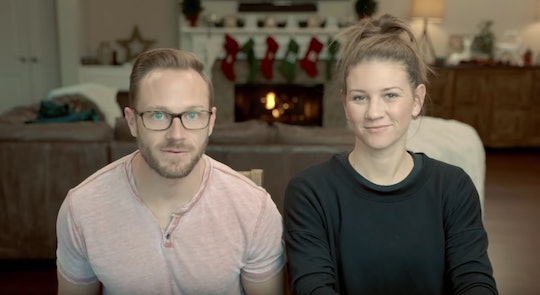 OutDaughtered stars Adam and Danielle Busby's hands are always full. From running businesses to parenting six young kids, it's never a dull moment in couple's home. So, it would only make sense for them to have some extra help and hands in their house. Yep, the Busbys have a nanny, and it's pretty awesome they're not afraid to ask for assistance when they need it.

It's understandable why the Busbys would want some extra help from time to time. They are parents to six girls and five of them are quintuplets, after all, which means five times the chaos. They have to deal with so many different wants and needs from their kids, as well as smoothing over any fights or tantrums. It's enough for any average parent to freak out about and ask for some extra help, and the Busbys are no exception to this sentiment.

In a 2016 interview with Channel Guide, Danielle admitted to having babysitters lined up throughout the day, just in case she needs their assistance. "Some times I have help and sometimes I don't, and I'm OK with that," she said. "It might be anywhere from 30 minutes to an hour when I'm alone at home by myself. We're very hands on, and Adam knows how to do just as much as I do. Does he do it as well as I do? I'm going to answer that and say no. But he can do it, and he's good at it."

Yep, I think it's safe to say both Danielle and Adam are amazing parents.

And when they're not relying on sitters to help them out throughout the day, they don't hesitate to call on their family members for a little help, too. In one episode of OutDaughtered during Season 2, for example, Danielle's sister, Ashley, and her husband helped watch the girls for a day, leaving Adam and Danielle to have some time for themselves. Danielle's mom also spends a lot of time with the girls, according to In Touch Weekly.

So, Adam and Danielle might not have admitted to using a "nanny" to help them every single day. But, with the help of their babysitters, they clearly have plenty of help when they need it. This isn't to say that the family hasn't received shame for hiring help, however. In 2017, OutDaughtered viewers were adamant that the family used a secret nanny that wasn't shown on camera (Adam and Danielle never directly addressed these claims).

What's especially unfortunate? Even when the couple is open about using a babysitter so they can have a date night, they get parent-shamed for it. "Just because we have our kids doesn't mean that we should not go out and have time together," Danielle told Good Housekeeping in July.

She has a point. That alone time is so precious, and if they can afford to have some, why shouldn't they take it?

And if people are upset that the Busby family might need some help from time to time, Danielle told Good Housekeeping that their opinions aren't going to influence her decisions. "People have opinions and feel free to voice them, but I stay strong on who I am and who we are, and I'm sorry if you don't like that. We're trying to do what's best for our family and our kids." Amen.

Danielle and Adam are clearly going to defend themselves when it comes to the decisions they make for their family, like hiring a babysitter to come watch the kids for a few hours while they go out on a date or accomplish a few major tasks. And hats off to the incredible parents for not being afraid to ask for help one in a while.