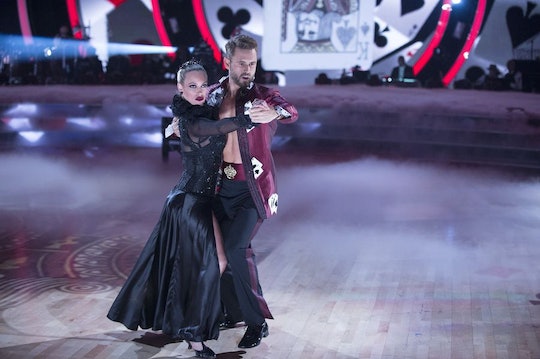 On a show like Dancing With the Stars, you’ll never be able to please everyone, especially when that "everyone" includes four judges who are all very different from each other. But this season, they seem extra hard on Nick, the former Bachelor star. So, do the judges like Nick on Dancing With the Stars? It might not even be something as drastic as not liking the reality star, but maybe they expect more from him since he’s supposed to be used to constant cameras and pressure by now?

But even though Nick should be plenty used to the spotlight, as well as being judged, nothing really prepared him for what was to come on DWTS and there certainly isn’t anything that could ready him for the judges’ scores every week. The former Bachelor star told Entertainment Tonight that although he was excited about his and Peta’s "Poker Face" performance for Week 3 and even though the judges’ scores were less than what he expected, he knows he has to keep pushing forward. "Certainly we both hoped for better scores, but we can't control that," Nick said. "What we can control is getting back at it tomorrow and trying to get better and go from there."

In the rehearsal footage before the duo’s Vegas Night performance, Nick was seen already doubting himself and urging Peta to push him hard so he could keep doing better. And even though he got frustrated with himself, after their performance, the judges did agree that this week was an improvement for the pair.

Still, they received a score of 26 out of a possible 40, which seems underwhelming with the amount of energy and synchronized moves they shared out on the ballroom floor. Peta has similar feelings with Nick when it comes to their scores for Week 3 and told E! News as much, post-show Monday night.

"I loved our performance," Peta said. "I felt like he was so much better than last week, we did so much more content, he improved so much, he wasn't as nervous, it was just an all-around better dance for us. I really thought we could've gotten better scores, but that's how it goes. I'm just going to take the criticism and move onto next week and make sure it's nice and fluid for next week."

Even though Nick is apparently his worst critic, even his pro dancer partner seems to feel as though he gave their "Poker Face" performance his all for Week 3 of DWTS. But the judges saw something else in their performance, and it wasn’t a collective score of 30 or above, which is what the duo needed. Luckily, they skimmed by and are able to stay, but with the kinds of verbal ratings from the judges lately, criticizing Nick’s speed and emotions on the floor, they’re going to need a lot of votes to keep going.