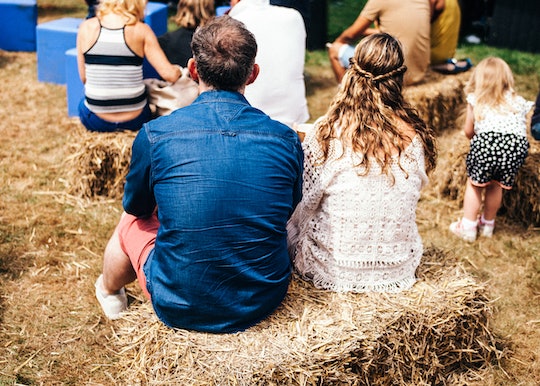 Some Men Think Women Have It Better. Neat!

Remember the good old days when women earned more than men, for the same work, and we ruled the world with our legs spread out all over public transportation, and our constant normalizing of sexually assaulting men? When our superiority was institutionalized? Yeah, me either. Because it's never happened. Factually, women earn less than men for the same amount of work, suffer constant micro-aggressions from men all the time, and basically have to fight twice as hard to be taken seriously. But, of course, as they have a tendency to do, some men are back at it again, this time taking ownership over a rhetoric that they have no right to. Yes, you read that correctly, a new survey shows that Republican men think that women have it better than they do.

As if having a man who's bragged about allegedly sexually assaulting women take charge of our country wasn't enough, a new poll by PerryUndem reveals that:

For some reason, Republican men assume that women are better off than they are, with one man saying, in an interview with The New York Times, “everything in general is in favor of a woman. No matter what happens in life, it seems like the man’s always at fault.”

And while many may brush this off as a case of "the grass is always greener on the other side" mindset, the overwhelming majority of Republican men who now see themselves as the victims is worrisome, to say the least. Even more terrifying is that now, a number of men are actually claiming that President-elect Donald Trump has allowed them to feel safe being "politically incorrect," or worse, taking his advice to "grab [women] by the pussy."

It's true, we are now living in uncertain, unstable times, where people think reverse racism actually exists, and where privileged, white people blame affirmative action when they don't get their way.

But perhaps the worst part of the new poll? Republican men also vastly underestimate the amount of sexism women face, with only 21 percent of respondents agreeing that women felt they were frequently viewed as sexual objects.

Well, Republican men, I'd invite you all to try walking in a women's shoes for a day to get some actual perspective. Of course, you probably would never take that challenge, but that's OK. Not everyone can handle it.

We'll take it from here.