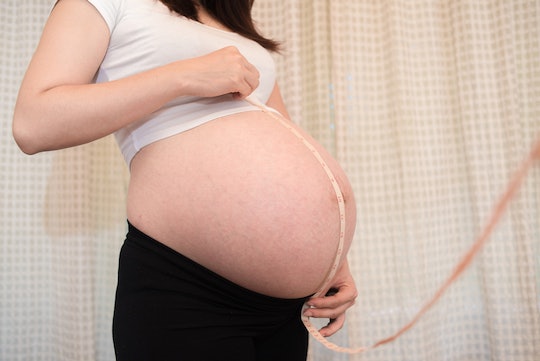 Do You Dilate Quicker With Twins? Science Explains

When preparing to deliver twins, it's normal to wonder how long the whole process will take. I mean, you probably want your babies to make their entrance as soon as possible. So do you dilate quicker with twins, or does the labor process tend to last longer for multiple babies? As with many things related to birth, the answer is not so straightforward.

Dilation is a key part of the labor process. In the final stages of pregnancy, the cervix begins to open, also known as dilation, as explained by The Bump. Once the opening reaches 10 centimeters, the cervix is considered fully dilated, according to Family Education. This sounds super tiny, but it is large enough for an average baby head. Every pregnancy is different, but in general the time between initial dilation to the 10 cm mark takes between 11 to 19 hours, according to the American Pregnancy Association. Does this timeline hold true for most twin births as well? The findings are mixed.

Some studies have found that women who are pregnant with twins take longer than average to dilate. The American Journal of Obstetrics & Gynecology referenced a study that compared 891 twin births with 100,513 singleton deliveries. The study found that active phase of dilation took place at a slower rate for the twin pregnancies . Given the info from this study, women with twins may want to plan on the delivery process taking a little extra time. And maybe pack a few extra snacks in the hospital bag.

For some women, however, dilation sometimes occurs faster than average in twin deliveries. The website for Parents noted that it is possible for the cervix to dilate early in twin pregnancies, because carrying multiples often results in more contractions before active labor,. In some cases, you might reach the magical 10 cm dilation mark sooner than expected.

Having twins may affect the timeline, from dilation to delivery, in so many ways. You can prepare for labor as much as possible, but the twins will generally arrive on their own time.