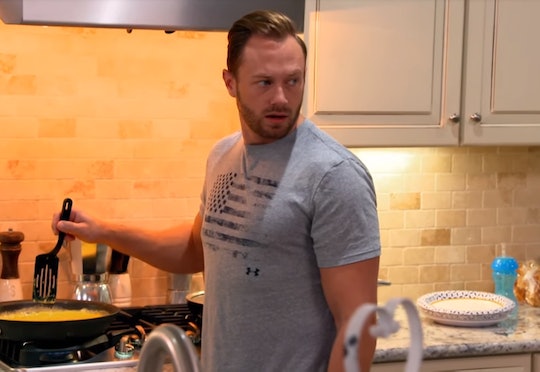 Here's Where The Busbys Stand On Expanding Their Family

Reality shows about large and unusual families are more popular than ever, and my personal fave is one that is newer to TLC's lineup, Outdaughtered. With the way that so many of these families keep adding to their brood, it’s reasonable to wonder if Danielle and Adam Busby want more kids? They came clean in a recent interview about the matter and, not surprisingly, didn’t rule it out.

If they do decide to add to their family it won’t be a biological child, according to what Danielle told Us Weekly. “Shop’s closed. It would be nice to have a little boy and carry on the Busby name here, but there won’t be any more children unless one day God put it on our hearts to adopt.” It’s no mystery that Danielle probably doesn’t want to put her body through IVF again, which is the way all their children — eight-year-old Blayke and the four-year-old quints — were conceived.

But that doesn’t mean they’ve ruled out any more children altogether. Adam told the publication that they won’t “completely shut the door” on adoption. “It’s something we’ll always stay open minded to. As far as [Danielle] birthing any more children, no, that’s not going to happen.”

A couple of years ago Adam was a little more definitive about more kids in the family. In 2016, when the show was newly on the air, he told his wife that he got a vasectomy. In a tense exchange he later admitted to her that he never went back for the follow up appointment to see if the vasectomy worked. He blamed his oversight on their busy schedule due to all of their new babies.

“This is BS coming out of your mouth. Do you really want more kids?” Danielle asked him. “Well, no,” he replied. Actions, Adam. Actions speak louder than words, you know.

Although the Busby’s were surprised by their quint pregnancy, they wanted every one of their daughters. They spoke to Houston’s ABC 13 News about how the doctors advised them to make the pregnancy safer by cutting down the number. “At first they didn’t want us to have all five. They wanted us to reduce. And our hearts just couldn’t do that.” The quints were carried to 28 weeks and delivered via C-section.

On Mother’s Day 2019, Danielle took to her blog to urge moms to look at the big picture when things get hectic about motherhood. Writing on ItsABuzzWorld.com she said, “As a Mom, I choose to spend this day as a family and love on each & every one of my girls. For our days are short on this earth, so take advantage of every hug & kiss you can give each child! Tell each of them you love them tremendously!”

Now that the girls are all getting a little bit older, the Busby’s have also been working hard to keep their marriage vibrant. “Don’t ever give up on your date nights,” Danielle told Us Weekly. “It’s all about a schedule. What we hear most from other couples is, ‘We don’t have time,’ but we don’t have time, we just make time. That’s the advice is to find that day and make the time.”

Whether the Busby’s ever add more kids to their family or not I, for one, hope that Outdaughtered is around for a long time to come. This is one family that is well worth watching at any size.