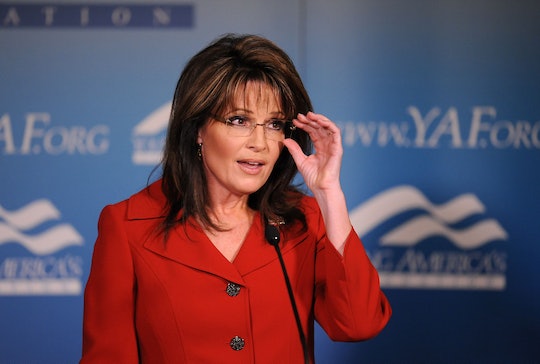 Super Tuesday is fast approaching, the day when the most states vote in their presidential primaries. On that same day, Alaska Republicans will hold their Presidential Preference Poll, which is similar to a caucus. But although Alaska is the largest state by far, it's also one of the least populous. With that in mind, does Alaska matter in the presidential election? Yes and no.

Alaska, the massive frozen expanse that gave the world the never-ending gift of the Palin family, only accounts for 0.23 percent of the total U.S. population, but its citizens do tend to be more interested in voting than the rest of the country; The New York Times ranked Alaska third in the nation for voter turnout at 55.3 percent in November 2014's midterm elections. In 2012, the Christian Science Monitor reported that the nation averages just 51.6 for voter turnout, whereas Alaska averages 60.42 percent. What are those other 40 percent doing on election day? Probably shooting bears from helicopters, I guess. I mean, honestly, what else is there to do up there?

But even if the state's voters are more fired up than those in other states, it may not count for much; Alaska is only allotted three electoral votes, which is the same amount that Washington, D.C. has. That may seem out of whack, since Alaska is about 9,700 times bigger than D.C., but it only has about 80,000 more people. God, Alaska seems so lonely.

I've covered the "no," so now let's talk about the "yes." While Canada's messy bun is practically devoid of humans, it is chock full of something else. Besides snow, I mean. No, not desperation, either. It's full of natural resources! Alaska's Arctic National Wildlife Refuge could contain as much as 10 billion barrels of oil, according to The Hill, and drilling beneath the Arctic Ocean near Alaska could produce another 27 billion barrels. And that's not all — the state also has trillions of cubic feet of natural gas, as well as mines containing gold, zinc, silver, lead, coal, copper, and graphite. Then there's the matter of rare earth elements, the demand for which is exploding thanks to their use in manufacturing high-tech components such as batteries and computer memory. Basically, there's a lot of really usful stuff buried under all that ice.

So how do Alaskans feel about that? You'd think they'd be more interested in protecting their environment and not having a repeat of the infamous Exxon Valdez oil spill, but you'd be dead wrong, according to Bloomberg Business. Much of the local economy depends on drilling, and if Alaskans have to choose between feeding their kids or saving a walrus, well... Sorry, big guy.

So, while Alaskan votes may not be a huge priority for a potential president, Alaska itself most certainly is, since there are potentially gazillions of dollars on the line (that figure is an estimate, by the way). U.S. policy could ruin Alaska's ecosystem, make all its residents filthy rich, it could do both, or neither. Candidates may not be all that concerned with Alaskans, but Alaskans have even more reason than the average citizen to to be plenty concerned about the candidates.