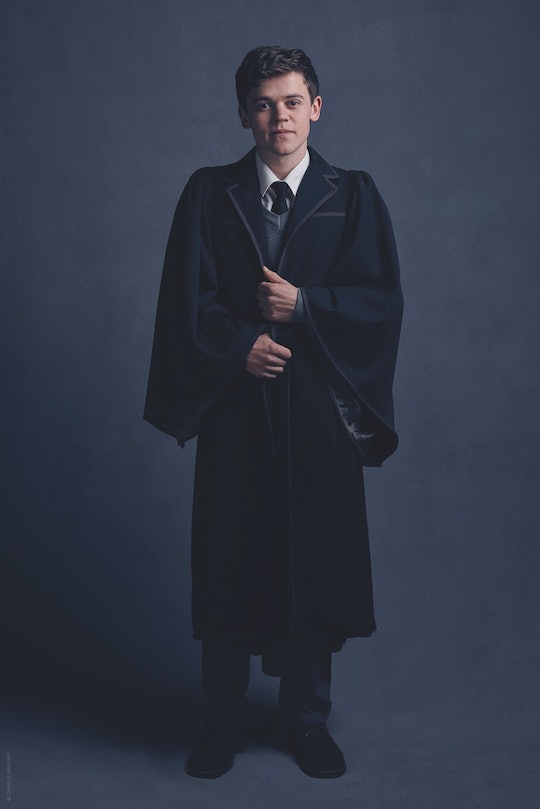 Does Albus Severus Play Quidditch? He May Not Be Destined For The Sport

It's hard to believe that it's been almost 20 years since the release of Harry Potter and The Sorcerer's Stone, which welcomed readers to the magic and mayhem of the wizarding world. In addition to a long list of creatures, spells, and terms, Harry Potter introduced us muggles to a little sport known as Quidditch. The competitive appeared in a number of the original Harry Potter books and will likely make it's way into Harry Potter and The Cursed Child. And, as a result, many are wondering does Albus Severus play Quidditch like his father and mother?

For fans hoping to see another Quidditch-playing Potter, you may be a bitt disappointed to learn that Albus does not play Quidditch. Unlike his father, who showed a natural talent for seeking during his first year, and his mother, who played professionally for the Holyhead Harpies and currently covers the sport for the Daily Prophet, Albus stays far away from the Quidditch field. Be it because he lacks athletic skills, magical skills, or desire, the middle Potter fails to live up to his parents when it comes to the only sport that matters in the wizarding world. I know — it's kind of sad. And the differences between him and his parents don't stop there.

As the child of two great Gryffindors, many expected Albus to land in the same house as his parents (and brother, and grandparents, and uncles, and aunts, and cousins. . . basically the Gryffindor odds were in his favor.) Instead, Albus Severus is sorted into Slytherin, the most reviled house at Hogwarts and former residence of the Dark Lord. Not exactly ideal when your parents probably pre-purchased a ton of red and gold robes.

Because of his placement, Albus ends up befriending someone his parents probably don't approve of — Scorpius Malfoy. Yes, of that Malfoy family.

With no Quidditch obligations and a friend who is hated by many of his Hogwarts peers, there's not telling what kind of trouble that awaits the youngest Potter boy. But one thing's for sure. The difference between Albus Severus and his family make for a more interesting story line.