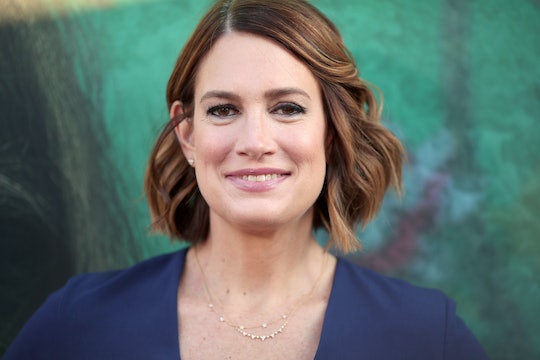 Amma Could Be In Danger On 'Sharp Objects'

There is a killer targeting girls on Sharp Objects, and none of the young women of Wind Gap are safe. Based on the novel by Gillian Flynn, HBO’s new series has viewers on the edge of their seats, wanting to know what happens in the book version. When the story opens in both the book and the TV show, two girls, Ann Nash and Natalie Keene, have already been killed. The town has taken some precautions by setting a curfew, but that doesn't stop kids like Amma Crellin and her friends from sneaking out at all hours. Amma, main character Camille’s troubling teenage sister, could be in danger like any other girl in Wind Gap. But does Amma die in Sharp Objects, the novel? The town isn’t exactly safe for young girls.

Warning: major spoilers ahead for the Sharp Objects novel!

In Episode 4 of the show, which aired on July 29, Amma and Camille’s mother Adora shares her concern that Camille, troubled as she is, is a danger to her younger sister. Furthermore, Camille has discovered that Amma has close ties to the creepy shed in the woods as well as the two murdered girls. So it makes sense to wonder: is she next? Does Amma die?

I haven’t seen the end of the series, but I have read the book. So, I'm going to spoil the book for you outright and tell you no, she doesn't die — at least not in Gillian Flynn’s novel. Unless the show deviates entirely from its source material (which seems unlikely, since it's been staying fairly true so far) then it's safe to say that Amma makes it all the way to the end. That’s not to say she isn’t in real danger, though, and it could have to do with the sister she never met.

The death of Adora’s second daughter Marian, which happened years ago,is a big part of both the book (and of the show far). Marian had been sick throughout her childhood before passing away, which crushed both Camille and Adora. The show isn’t giving away any information about how Marian died just yet or what her mysterious illness is, but it doesn’t take a lot of detective work to pick up on the seriously creepy vibes Camille’s whole family is giving off, particularly her mother. In a segment on the Vanity Fair podcast, "Still Watching," Elizabeth Perkins, who plays Jackie O'Neele on the show, calls Adora a "wildly wicked character" and a "quiet witch." No kidding.

So, it’s possible Amma is in danger in her own home, as of episode 4 of the TV series, it's not something anyone seems to be aware of. It’s clear at least that Adora has inflicted a lifetime’s worth of emotional abuse on Camille, so it makes sense that Amma would be getting some of the same treatment...

Amma might be in trouble in many ways, but she survives to the end of the story in the novel. If you're still curious about what happens in the novel, check out some other Sharp Objects book spoilers.

Editor's note: After publication, we discovered this article did not meet our editorial standards, and it has been updated.