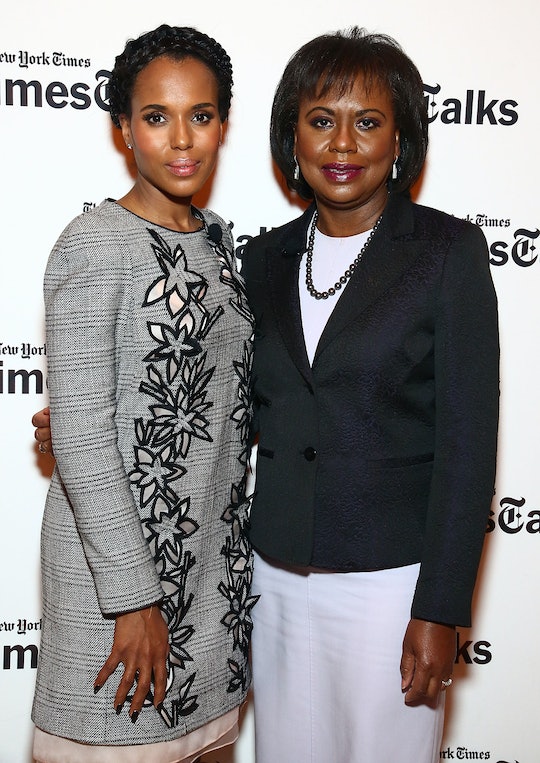 Does Anita Hill Have Kids? She Dedicated Her Life To The Law

The upcoming HBO film Confirmation, starring Scandal actor Kerry Washington takes on one of the most publicly-watched cases in history. The Clarence Thomas controversy caught the attention of many, leading Anita Hill's name to be catapulted into the headlines in the early '90s. In addition to her time in the spotlight, Anita Hill has had an incredibly successful career. But, after watching Confirmation, you may be wondering if Anita Hill ever had children.

Hill's early life is certainly filled with children. She was born into a family with a whopping 13 children, which is certainly no small feat for her parents. Hill began her career with attending the Oklahoma State University where she earned a bachelor's degree in psychology. She then continued her career at Yale University Law School, which she completed in 1980.

She taught civil rights, contracts, and commercial law at multiple colleges over the years, but didn't see much attention until she was brought in front of the Senate Judiciary Committee to testify, bringing attention to the alleged sexual harassment she faced while working with Thomas at the U.S. Department of Education and the Equal Opportunity Commission. Thomas was later appointed as associate justice of the Supreme Court, but Hill's statements still remained important in the fight against sexual harassment.

So, although Hill didn't have any children herself, she did dedicate her life to the law, and it is completely admirable. She is so talented in academia, and it's amazing to see a woman so accomplished in her career. In 2011, Newsweek reported that Hill said, “Women’s willingness to come forward and file sexual-harassment complaints doubled in the five years after that." That's a huge step forward in the fight against a very serious issue. So, while she didn't have her own children, she did make a difference for millions of other people's children.