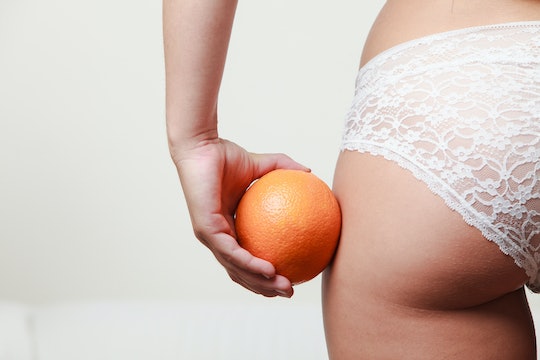 Does Anything Weird Happen To Your Butt Hole During Pregnancy?

As a woman who's expecting, you're aware of most of the changes going on in your body. But there are some things that weren't covered in health class. Mainly, does anything weird happen to your butt hole during pregnancy?

If you ask this question to your expecting friends they will be overjoyed to share with you all the weird stuff going on in their swollen, itching, aching, anuses. Stuff gets gnarly back there when you're carrying a growing child in your womb.

The culprit for odd, and uncomfortable butt-hole pregnancy phenomena, according to the American Pregnancy Association (APA), is the H-word. Sorry, ladies, but hemorrhoids are very common during pregnancy. The APA elaborated that hemorrhoids are most likely to creep up during your third trimester, when pressure from your growing baby on your uterus and perineum (the area of your body between your vagina and anus) is ridiculously intense. At this stage in the game, (the onset of your seventh month of pregnancy) your baby will grow from approximately two to four pounds, to around seven pounds, noted WebMD. With that growth spurt, comes the aforementioned pressure.

If you've been blessed enough never to have experienced hemorrhoids, they are essentially varicose veins of the rectum that swell, itch, and sometimes bleed, according to Mayo Clinic. Hemorrhoids are also called piles, which I find to be an especially gross nickname.

But hemorrhoids are pretty weird and kinda gross. Not to mention, terribly uncomfortable and painful. How can you avoid them during pregnancy? There's no medical explanation to why some women get them and others don't. But, The Bump added that women who are predisposed to hemorrhoids are more likely to experience them during pregnancy. Additionally, women who gain more excess weight increase their chances of developing hemorrhoids while pregnant.

The idea of hemorrhoids clusters popping out of my rectum sends shivers down my spine. So, what can you do to alleviate the discomfort, and make them go away when they rear their ugly heads? In the same article, the APA recommended applying baking soda to the area, or taking a warm bath with baking soda. The Bump added hot or cold packs, stool softeners, and Sitz baths can help, (also recommended for the postpartum time, by Parents). Exercise to increase circulation is encouraged, as are Kegel exercises to alleviate hemorrhoid pressure.

The APA also recommended that staying regular is especially important, because straining to defecate can exacerbate hemorrhoids. Eat lots of fruits and veggies, drink a ton of water, (you can try prune juice — it's not bad on ice— to keep constipation at bay. Fiber-rich foods included in a diet to avoid constipation is provided online in a website by the Nation Health Institute, but because you're pregnant, always run your diet by your physician before making any major changes.

You can also share your story on pregnancy message boards, which might not give you the physical relief you're looking for, but might make you feel a little less alone in your butt-hole hell.