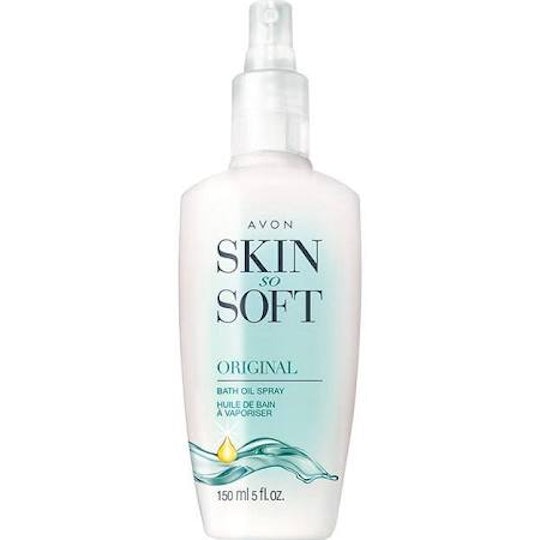 Does Avon's Skin So Soft Help Prevent Zika Mosquitos From Biting? Customers Swear By It

For decades, one of Avon’s legendary products has had customers swearing that it has more powers besides just helping customers attain silky smooth skin. The beauty product and skincare company hasn’t always marketed its Skin So Soft line as an insect repellent, but many online reviewers and travelers think differently. Many say it’s a great alternative to harsher chemicals when traveling in mosquito-infested locales. So, does Avon’s Skin So Soft help prevent Zika mosquitoes from biting? It’s not clear when or how the legend of the product’s hidden powers started, but it’s definitely a cult-favorite.

If you do a quick Google search on this topic, hundreds of results and forums about Avon's Skin So Soft secret capabilities will pop up. And although the bath oil didn't perform well as a bug repellent in a recent test conducted by Consumer Reports — a nonprofit magazine that evaluates various consumer products — users of the product continue to use it to ward off buzzing bugs, and keep their skin soft while doing so.

"While we know that many consumers have turned to Skin So Soft Bath Oil, the product is actually not intended to repel mosquitoes or sold for that purpose, and is not approved by the EPA as a repellent," an Avon spokesperson told Consumer Reports last month.

Avon spokespersons did not immediately return Romper's request for comment.

The Consumer Reports test found that the Skin So Soft bath oil was able to provide about two hours of protection from deer ticks as well as two kinds of mosquitoes, including the Aedes variety — aggressive daytime biters that have been linked to the Zika virus. According to Consumer Reports, "That would put it among the worst-performing insect repellents we tested: The products we recommend generally protect for upwards of seven hours."

Even though consumers swear by the bath oil, Avon has released a product of the favored line that is actually be marketed as an insect repellent: Skin So Soft Bug Guard Plus Picaridin, which is an alternative to DEET. The company produces a spray and another product, Skin So Soft Plus IR3535 Expedition, which combines an insect repellent with a sunscreen.

Avon has not claimed that the cult-favorite bath oil or dry oil spray can or is meant to repel any type of mosquito, despite what consumers firmly believe. Regardless of conflicting statements from the company and its customers, Skin So Soft has been a favorite product for decades for it's effective skin softening capabilities and any protection from the Zika virus is just an incredible added bonus.