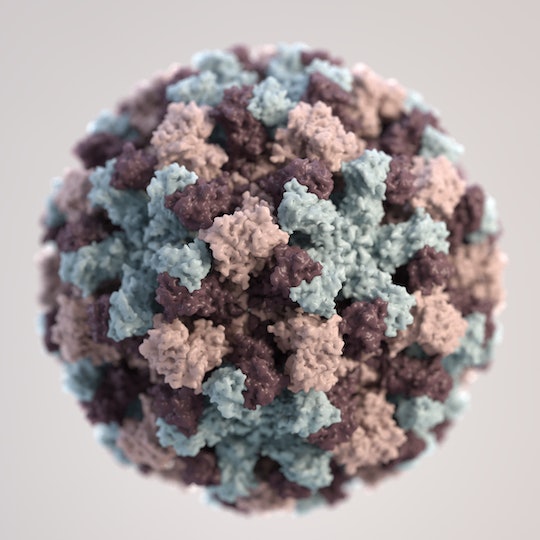 How To Wipe Out The Norovirus (At Home, That Is)

You can run, but you can't hide: The norovirus is here to take your entire family out like flies. Of course, the common stomach bug isn't the deadly threat to public health and safety that its scientific name suggests it would be, but that's not exactly hyperbole, either. Once that nausea, vomiting, and diarrhea make that unholy declaration that they're here, the stomach flu will spread like crazy — and besides meticulous, obsessive cleaning, there's not much anyone can do to stop it. As long as everyone involved is going to spend the duration of this briefly debilitating sickness alternating from the toilet to the couch to scrubbing on their hands and knees (well, kids may get out of that last one), it's essential to know that bleach does kill the norovirus.

Other formidable foes have stood up to the virus that constantly mutates, so no human can build up an immunity to it: Hand sanitizer is useless. Hand washing can flush it down the drain but not stop it in its tracks. If you're still trying to wipe it away from surfaces with simple Lysol wipes, forget about it. And once you have it, don't expect any sort of antibiotics to aid you in recovery. Only a bleach-based cleaner and very, very hot water will do the trick, according to the Centers for Disease Control.

The norovirus — which infects about 21 million people each year and sends about 70,000 of them to the hospital, but rarely causes death in otherwise healthy adults, according to Today — is such an insidious adversary because it spreads like wildfire. Not to get too gross here, but the stomach bug is pretty nasty: Its particles can splatter all over the place when an infected person has one of the many, many barfing episodes that define the sickness, or it can reach others if that person doesn't vigorously wash their hands in the wake of that crippling diarrhea. In summary: yuck.

And now is the time to be vigilant. January through March represents the peak season for the illness to proliferate, frequently striking most relentlessly in places where people are in close quarters, like dorms, cruise ships, and planes, according to CBS affiliate WWL. When you consider how this bugger spreads, it's not at all hard to see why. Which is why it's so important to adhere to the golden rules of preventing the spread of norovirus, wash your hands like a fiend, and bleach every surface in sight.