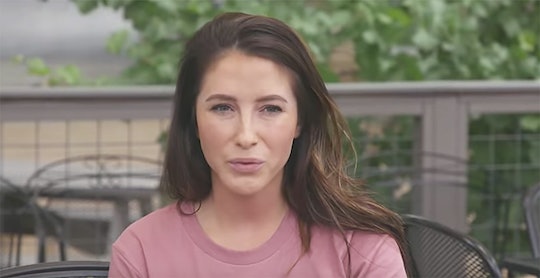 Teen Mom OG fans watched Bristol Palin and Dakota Meyer's marriage collapse shortly after Season 7 of the show premiered on Oct. 1. Although the couple lived in Austin, Texas at the time of the split, some people aren't sure if Bristol Palin still resides in Texas post-TMOG.

Meyer filed for divorce from Palin on Jan. 29, 2018, less than two years after the couple eloped in June 2016. Palin cited Meyer's post-traumatic stress disorder diagnosis as a factor in the split, and the two both agreed that they're better off as friends.

The only problem? Living arrangements. At the time of the divorce, both Meyer and Palin were residents of Austin, a new city for both parties. Palin grew up in Alaska, while Meyer hails from Kentucky. And given the exes' different backgrounds, it's reasonable for people to wonder if the two left Austin for their home states post-divorce.

So, what's the deal? It looks like Palin is sticking around in Austin for the time being because of her two daughters, Sailor, 2, and Atlee Bay, 1. Meyer's Texas-based attorney, Michael Burnett, confirmed to Radar Online that the exes will co-parent their kids 50/50 in Texas. Burnett explained:

Additionally, Palin purchased a "3-bedroom, 2-bathroom, 2,269 sq. ft." house in Spicewood, Texas "for over $400k" sometime before her divorce from Meyer was finalized, as The Blast reported. Palin also agreed to let Meyer keep the $500,000 home in Austin that they had initially bought together.

There's a possibility, however, that Palin hoped to raise her kids outside of Texas. Meyer hinted at this scenario during a chat with a fan on Instagram who asked, according to People: "What was the most difficult task you’ve encountered with life and how did you face it?"

Meyer responded, according to People:

Definitely getting the custody agreement done. I just prayed and god put an opportunity in place that allowed me to get what I wanted. When god’s done working on you and you listen to him he will give you what you want. I believe that every moral fiber of my being.

Palin has also expressed frustration about the agreement, captioning a photo on Saturday of Atlee's empty crib, according to Pop Culture: "Is it Monday yet?"

The mom-of-three followed up the shot with a pic of Sailor's bed, writing: "Missing my girls so much it hurts."

Of course, fans are hopeful the two will adapt to the custody agreement as time goes on. But for now, it looks like the arrangement is a work in progress.

The upside to all of this drama? Palin and Meyer both have the opportunity to raise their children in Texas, and they won't have to shuffle their kids around the country. Sounds like a win-win.

On that note, here's to Palin settling down in the Lone Star State. Although Texas might not be the mom's first choice, it's what works best for her family at this point.