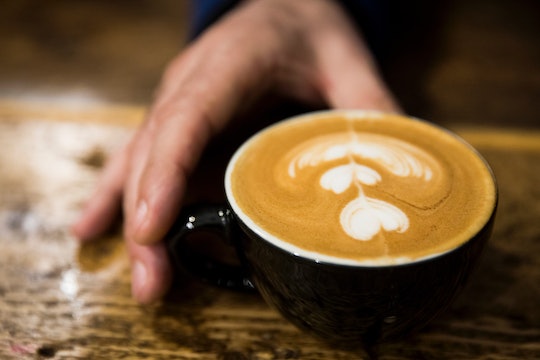 If you get as excited about your morning coffee as I do, then one recent study's findings might just make you overjoyed. A European research study of nearly half a million people, published in Annals of Internal Medicine on Tuesday, looked at the link between coffee drinking and longevity in residents of 10 different countries, and found that increased java consumption was consistently associated with a longer life span. But does coffee really make you live longer?

The researchers behind the study, from the International Agency for Research on Cancer and Imperial College London, were quick to stress that the findings simply proved correlation, not causation — meaning that while drinking coffee is definitely linked to longevity, a different factor could be causing that link.

The study looked at over 500,000 people and analyzed their coffee consumption habits — from those who preferred water to those who were never seen without their coffee mugs. The results? Drinking one cup of coffee a day was linked to a 12 percent drop in risk of death, especially when it came to death from digestive or heart diseases. Those who drank two to three cups a day were even more resistant: they saw an 18 percent drop in risk of death compared to their coffee-averse counterparts. And those results held even for those who take their coffee decaffeinated.

It seems too good to be true, right? It really does, and experts are cautioning the public to take the results with a grain of salt. Essentially, you shouldn't take the findings as a free pass to guzzle endless coffee all day long — but nor should you worry that your java habit is doing you much harm.

"Recommending coffee intake to reduce mortality or prevent chronic disease would be premature," Dr. Eliseo Guallar, an epidemiologist with Johns Hopkins Bloomberg School of Public Health, wrote in an op-ed about the research, according to CBS News. "However, it is increasingly evident that moderate coffee intake up to 3 to 5 cups per day or caffeine intake up to 400 mg/d is not associated with adverse health effects in adults and can be incorporated into a healthy diet."

Dr. Alberto Ascherio, professor of Epidemiology and Nutrition at Harvard T.H. Chan School of Public Health, echoed the same sentiment to CNN. "I think that the solid conclusion is that if you're a coffee drinker, keep drinking your coffee and be happy," he said. If you've never acquired a taste for bean-infused water, however, there's no need to start drinking coffee. "I think you can go on drinking your tea or water without a problem," Ascherio said.

So if you're among the group of us who like to enjoy a coffee or three a day, feel free to ignore the naysayers — as it turns out, you're probably helping extend your life and protect both your heart and your gut. And I can definitely raise a coffee mug to that.