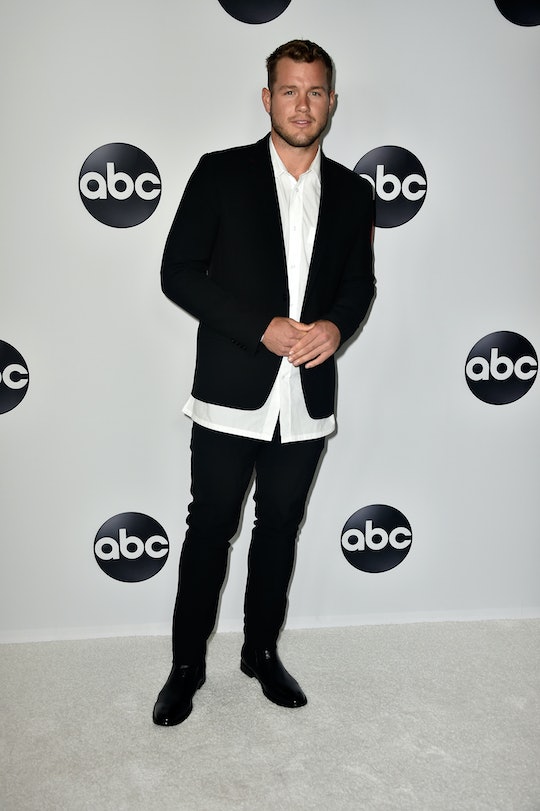 Football Wasn't Colton's Only Career Before 'The Bachelor'

Before making an impression on Becca Kufrin's season of The Bachelorette, Colton had established himself as an athlete. Specifically, he was all about football. Now he's headlining Season 23 of The Bachelor, starting on Jan. 7. But has he left his former career behind entirely? Does Colton still play football?

Football has been a part of Colton's life since day one — literally. According to his bio on ABC's website, he was named after the Indianapolis Colts. The sport was basically his destiny. But these days he's retired, so it seems like whatever new opportunities await on the horizon, being a professional athlete is no longer one of them.

PopSugar reported that Colton played football at Illinois State University before being drafted into the NFL in 2014. He joined a few different teams in quick succession: first he signed with the San Diego Chargers, but was cut; then he found his way to the practice team of the Philadelphia Eagles, though that only lasted a week. He returned to the Chargers but was cut a second time. In December 2015, he joined the Oakland Raiders but was once again cut before the season started. He never played a game professionally before his retirement.

But while football may have dominated Colton's life until now, it wasn't the only thing he spent his time on. In 2015, he founded a charity: the Colton Underwood Legacy Foundation. It's a nonprofit organization that raises funds for people suffering from cystic fibrosis, a disease that leads to the production of thick mucus that can affect organs and cause lung infections. It's a personal issue for Colton because his cousin Harper has cystic fibrosis. That's part of what led him to his charitable endeavor.

On the foundation's website, they announced that they'd managed to raise almost $100k in cash and equipment in three years, thanks to private and corporate donations. Those funds were distributed to clinics, research organizations, and individuals in need; not only was equipment provided, but the money to support clinical studies and other research. Some of that money (a sizable $60k) was raised during football camps, though they also partnered with International Biophysics to give patients 50 AffloVests. On top of that, the organization got NFL players to visit children's hospitals to cheer the kids up.

Now Colton's main focus might be finding love on The Bachelor, but on Instagram he makes it clear that his priorities are many. In his bio, he describes himself as an "NFL try hard" before giving a shoutout to the Legacy Foundation. He may not play football anymore, but it was a big enough part of his life that it still warrants a mention. And he was able to transition into something else that clearly means a lot to him and has affected his family personally.

After The Bachelor is over, who knows what the future might hold for Colton? He may continue to devote himself to charity work, but he could end up embarking on a brand new career, too.