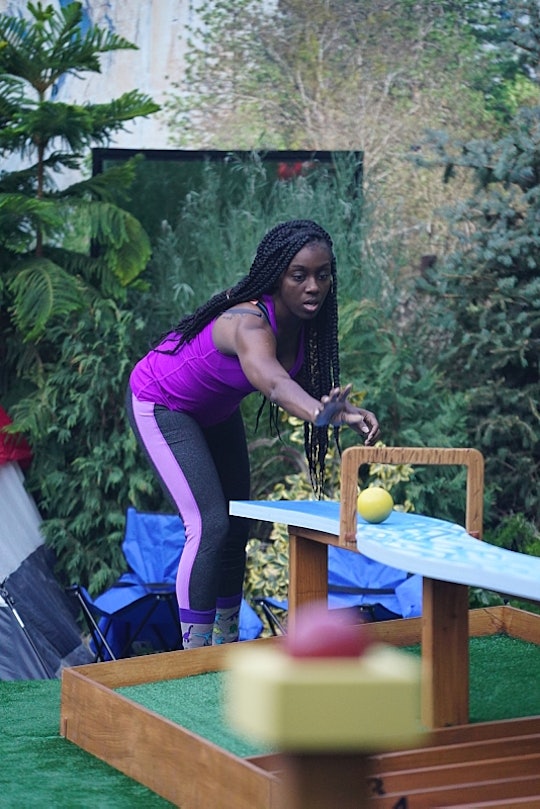 Does Da'Vonne Have The 'Big Brother' Round Trip Ticket? She May Need It This Week

This week Paul won the HOH competition, which really means Paulie won the HOH competition. Seriously, it feels like Paulie has been HOH this whole season. When will it end? As Paulie is basically running the house this week, he has decided it's time to target Da'Vonne who he believes is a bigger threat than Bridgette. At first, Paul seems adamant about going after Bridgette but once his twin starts advocating for getting Da'Vonne out, Paul seems to change his mind. Now it seems the plan is to backdoor Da'Vonne and the only thing that could possibly save her is if Da'Vonne has the Big Brother roundtrip ticket, but does she?

Last week, another Big Brother twist was revealed when Paul found the secret Paris room. In the room were 12 envelopes that contained tickets, one for each contestant left in the game. The houseguests can't open their envelope until they've been evicted from the house, and only then will it be revealed what's inside. In 11 of the envelopes there's a one-way ticket that means the houseguest's time in the house is really over. However, in one envelope there's a roundtrip ticket that would mean the houseguest would go immediately back into the house and continue to play the game and fans have reason to believe that Da'Vonne holds that ticket.

According to fans that watch the live feeds, Da'Vonne chose the #8 ticket and in the house there is a sign that reads, "Ocho rios your dream destination." This sign was used as one of the clues to the secret Paris room but fans also believe the word "ocho," which means eight in Spanish, also has significance. It is believed that the "destination" in this case means the house and the #8 would be the ticket to get the houseguest back in there, meaning it would be the roundtrip ticket.

Last Thursday it was revealed Frank had a one-way ticket so this at least betters the chances that Da'Vonne does in fact have the roundtrip ticket, but does this clue really mean anything or are her fans just grasping at straws? Hopefully, we won't have to find out this week because Da'Vonne won't be evicted, but if she is we'll know the truth about her ticket this Thursday.