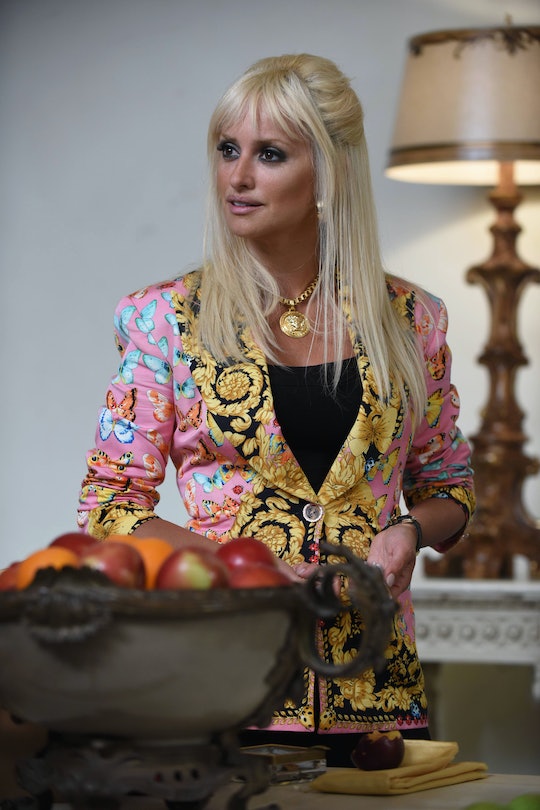 The first episode of The Assassination of Gianni Versace framed the famous fashion brand as a family business: Gianni Versace was the creator and designer, but he was never without his sister Donatella or brother Santo. Their children were important to him as well, though the show has chosen not to depict the next generation of Versaces. Donatella Versace does have kids, though, and her daughter became an especially integral part of the family brand.

Donatella has two children with ex-husband Paul Beck, a daughter and son named Allegra and Daniel. They were 11 and 8 years old, respectively, when their Uncle Gianni was brutally murdered in 1997. Though a profile on Donatella in the New Yorker made it clear that Gianni adored all his nieces and nephews, he seemed to have an especially close bond with Allegra. That led to a surprising reveal after his death: in his will, Gianni left a 50 percent share in the Versace company to Allegra, giving her brother Daniel his impressive art collection. Allegra currently holds the largest share in Versace, with her mother Donatella owning 20 percent and her Uncle Santo owning 30 percent.

But despite how important Allegra is to the narrative of Versace, you shouldn't expect to see her or Daniel appear on American Crime Story.

There is a very good reason for that. The people who worked on the show wanted to be as respectful to the families of Andrew Cunanan's victims as they could while still staying true to the real life events that inspired the show. The Versace family has denounced the show as fiction, but there was one issue in particular that was a concern for Donatella. Though Ryan Murphy did not speak to her much himself, he told E! News that he heard from Penélope Cruz that Donatella did not want her children involved in the show.

I have very limited interaction with Donatella. It was mostly through Penélope, and the one thing she said was I really hope and pray that you don't put my children in the show. And they were there, and they were active during that period. So we did have those characters in early versions of the script. But as a parent with two young children, I felt I understood and I reached out and I said, 'I understand and I respect you as a mother and we won't do that.' So we removed the children characters, who were really only in the first two episodes.

It seems like both Allegra and Daniel have tried to stay out of the spotlight, though that's less easy for Allegra due to her stake in Versace. She attended Brown University and currently serves on the board of directors at Versace, having previously worked as a dresser on Broadway's Blithe Spirit in 2009 and tried her hand at acting, according to News.com.au. Daniel is a musician. In 2011, Allegra spoke to Vogue about how hard Gianni's death was on her growing up, saying:

For years I lived in the dark. I remembered little of my life before that terrible day. I even forgot what he looked like, and everything I felt about him. Then, little by little, the memories came back... emotions, flashes of happiness, and I was finally free of the emptiness that scared me so much.

Considering how traumatic Gianni's death was for the very young members of the family who have chosen to avoid the limelight, it makes sense that they would be excluded from The Assassination of Gianni Versace. There's no reason to make things more difficult on them, so it's a good thing the show has chosen to respect Donatella's wishes.