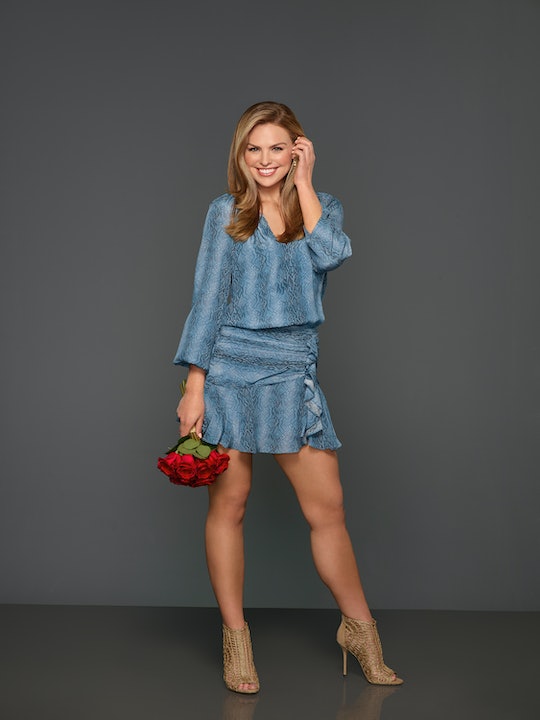 Now that Hannah's four men have experienced Fantasy Suite night on The Bachelorette, she's one step closer to engagement. That's the plan, anyway. Ultimately, only one contestant will get the final rose, but promos for what's to come may throw viewers, and Hannah, for a loop. With Jed, Tyler, and Peter left, does Hannah get engaged at the end of The Bachelorette or will this end similarly to Colton Underwood's season of The Bachelor? Without giving away any show spoilers, here's why I think Hannah is not engaged after all is said and done.

First of all, can I get an Amen that Hannah finally sent Luke P. home? That was a long time coming, and, despite promos showing the Gainsville, Georgia boy showing up to "fight" for her, I'm not counting him as part of this investigation. Because, ugh, his privilege is showing and it's not OK. That leaves me with the three remaining men still in the official running. Now that viewers know the lucky dude she ended up with in the windmill was Peter the Pilot, it'd be easy to assume she chooses him and the two are happily engaged, planning their futures in secret. Sure, the two have great chemistry, and yeah, Hannah is just as enamored with Pete as the internet, but I still don't think he's her forever love.

Something's missing I can't articulate and I think that might be why I think Hannah will politely, and maybe even reluctantly, decline Peter's proposal. I've felt this way since the beginning of the season, and though it wouldn't have helped Hannah during filming, I now see it could have something to do with claims Peter had a girlfriend immediately before filming (though calculations say they broke up months before he was officially chosen). According to an exclusive interview with ET Online, model Calee Lutes said she and Peter were planning a life together when he suddenly broke things off. Not only that, he charmed her the way he appears to charm Hannah on the show. "He acted very similar with Hannah as he did with me, and he has said a lot of the same things," she said. "He made me think that what we had was super rare and something he hadn't felt before as well." So, I can't argue she's engaged to the California pilot.

Speaking of contestants with girlfriends, I don't believe Hannah is engaged to Jed, either. You don't have to be an internet sleuth to have heard rumors claiming the Nashville singer/songwriter also had a girlfriend. This information isn't really relevant, because it wasn't "news" until after filming. It's likely that, if Hannah and Jed became engaged at the end of the show, they probably aren't now that these important pieces have come to light. That also might explain a few of Hannah's salty Tweets. Either way, I never boarded the Jed Train in the first place, so it won't hurt my feelings if my predictions are accurate.

This leaves Tyler C., the apple of Bachelor Nation's collective eye. He's respectful. He claps back at haters to defend his queen. And he's the most underrated contestant in terms of personality, depth, and #husbandgoals I've ever seen in the franchise. Hannah should get engaged to Tyler at the end of this thing, and I think part of her knows that. Seeing as she had reservations about their emotional connection — because the physical is definitely there — I don't think my guy T gets that final rose. It pains me to type the words.

Maybe Hannah will throw a curveball, but I'm not convinced she currently "has a ring on it." Whoever she chooses in the finale may not be who she ultimately ends up with and that may be a very good thing.