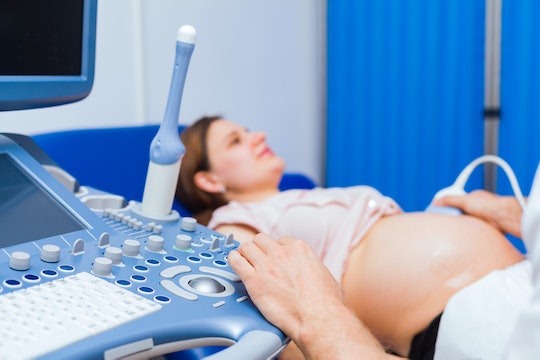 How Having A Tilted Uterus Affects Your Pregnancy

Picturing your baby in-utero — doing somersaults, kicking, and growing — takes up a lot of time when you're pregnant. You'll try to imagine their exact position in your womb and, as they grow, you'll become accustomed to their movements. But what if you're among the one in five women who have a retroverted (or tilted) uterus? Does having a tilted uterus affect your pregnancy?

First, what exactly is a tilted uterus? According to Better Health, a tilted uterus means that a woman's vagina is angled towards her lower back, instead of tilted slightly forward over the bladder. Since her vagina is angled, it follows that her uterus would also be retroverted. The article noted that, in almost a quarter of women, a titled uterus means the fundus (or the top portion of your uterus) is towards the rectum.

The American Pregnancy Association (APA) noted that a tilted uterus could be the result of not maturing properly, a childbirth, or a side effect of endometriosis or fibroids. The APA also stated that the most common symptoms of a tilted uterus are painful intercourse, frequent urinary tract infections, difficultly getting pregnant, and even trouble inserting a tampon.

So how does this affect you if you become pregnant? Will your baby be at risk? What To Expect noted that being pregnant with a tilted uterus will have no impact on the health of your baby. Your doctor may have trouble locating your baby during the early weeks of your pregnancy because of the angle of your uterus, but there are no health risks involved with a retroverted uterus.

In fact, as your pregnancy progresses, What To Expect also noted that your uterus will pop "out of your pelvis and into your abdomen to accommodate your growing baby." It will almost always right itself into an upward position as your baby grows. Similarly, your labor shouldn't be any different that a labor with a "normally" angled uterus.

That being said, having a tilted uterus may put you at a higher risk of developing UTI's during pregnancy, which can lead to kidney infection or, in very rare cases, pre-term labor. Be on the look out for symptoms of urinary tract infections like burning with urination, frequent urination, fever, and lower back pain.

Although having a tilted uterus may sound like a serious complication, you can rest easy knowing that your baby is at no added risk because of the angle of your uterus.