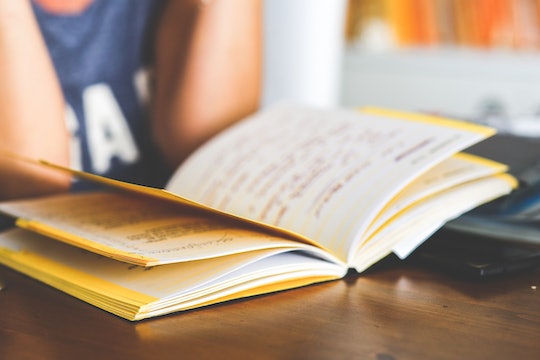 How HR 610 Could Affect Kids On IEPs

When Betsy DeVos was confirmed as education secretary, many parents worried that she and the Trump administration, along with the Republican-held Congress, would start to chip away at the public education system. Unfortunately, that's exactly what's happening. Recently, House Republicans introduced H.R. 610, called the "Choices in Education Act of 2017"; Among other things, the bill essentially funds a new voucher program, while also repealing the Elementary and Secondary Education Act of 1965 (ESEA), which ensured an equal level of education for all students. Although it hasn't been passed yet, H.R. 610 could affect many aspects of a kid's education. And the effect that H.R. 610 could have on kids with IEPs might be the most troubling.

IEPs are individual education programs that are created by teachers and administrators (and in some cases the children themselves) for students with special learning needs. IEPs assess a specific student's present academic performance, set annual goals, lay out guidelines for how the student will participate in state testing, and what special education resources will be allocated to the student during the school day, along with other details that are pertinent to a child's success in school.

To create, implement, and evaluate a student's IEP requires a coordinated effort between the student, parent, and school faculty. Which is why parents with children on IEPs should be worried about H.R. 610.

There is nothing in H.R. 610 that directly addresses special education or special needs students, but all of the proposed actions in the bill hurt students on IEPs, in addition to every other child in the public school system. HR 610's first order of business is to repeal ESEA, which is a federal regulation that ensures equal standards of education for all students, including special needs students. H.R. 610 also proposes that the federal funds that states receive for public education be reallocated in a large part to supplying parents with school vouchers for their children to go to private schools. This idea of being able to "choose" which school your child goes to may sound like a good idea. Who doesn't want more menu options, right?

But research from the Brookings Institute shows that students who used school vouchers actually performed lower than their public school peers (or about the same, in some cases) for a variety of reasons. Also, the more money that the government spends paying for families to move away from a lower performing public school is less money that goes towards actually improving that school and others in the state.

In other words, schools that are already underfunded will have even less money to enhance their special needs programs and provide adequate resources for special education faculty and students.

Some students' IEPs recommend that the student attend a private school (the Individuals with Disabilities Education Act, IDEA, and ESEA support this). Those students have the same rights as a child in public school (like due process if the IEP isn't enforced, for instance). But as soon as a special needs student accepts a voucher, the protections under IDEA, which DeVos promises to uphold, are lost. And since ESEA would be repealed under H.R. 610, there are no federal protections anyway. A private school can turn students on an IEP away, even if they have a voucher.

When you mix DeVos' lack of knowledge about IDEA with DeVos' new guidelines for the Every Student Succeeds Act (ESSA), and then throw in H.R. 610 on top, the future for students on IEPs in public schools becomes very bleak. Not only will special needs students lose protections and the right to a tailored education program, the state funding structure under H.R. 610 means that resources across the board will be depleted for public schools and that's especially true for special education programs.

DeVos makes it seem as if, under H.R. 610 schools, would miraculously improve without funding and that parents would be "in charge." But for parents — especially parents with special needs students — the choice is more like the one between the proverbial rock and a hard place: staying in a public school that will be even more underfunded than most already are, or taking their chances, and possibly losing their rights, under the voucher system.

More Like This
From Captions To Gifts, These Are All The Kindergarten Graduation Ideas You Need
This Mom Gave Birth On Graduation Day, So The University Brought Her Degree To Her
These TV Show's Graduation Episodes Will Tug At Your Heartstrings
Travis Scott Is Passionate About HBCU Education & Put $1 Million Towards It